Gender quotas not the answer for women in politics

Derek J Byrne: ‘The gender quota Bill is a male solution to a male problem ’ 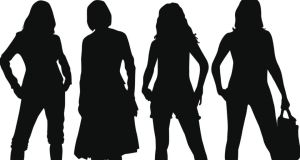 ‘The basic problem with any form of gender quota is that women are selected for positions for which they are not the best possible candidate merely on the basis of their gender and not on their ability to actually do the job.’ Photograph: Getty Images

Women of Ireland, your country needs you! Such is the cry from our political leaders at the moment as they struggle to meet the required 30 per cent quota of female candidates in the next general election. In order to strengthen their feminist credentials, Micheál Martin has announced that he would like to see the Cabinet consist of a 50:50 gender split and Enda Kenny has stood over his commitment to increase the number of women representatives in politics.

In my view, the gender quota solution is condescending to women and an insult to female politicians, past and present, who have reached some of the highest offices in the land through sheer hard work and merit without the need for any kind of concession from their male colleagues.

In December 2011, the then minister for the environment, Phil Hogan, published the gender quota Bill. The Bill was passed in July 2012 and links the State funding of political parties to a requirement that female candidates will account for 30 per cent of their total number of electoral candidates at the next general election, with a view to increasing this to 40 per cent in seven years.

The basic problem with any form of gender quota is that women could be selected for positions for which they are not necessarily the best possible candidate, merely on the basis of their gender and not on their ability to actually do the job. Not a situation, I would argue, that any self-respecting female would want to comply with and not one that encourages confidence in any government in these difficult times.

The solution to encourage more women into political life is not to provide token gestures but to address the barriers that prevent women going forward for selection in the first place. Research conducted by Microsoft Ireland in 2013 identified gender discrimination, domestic demands and a lack of support for working mothers as the main perceived barriers to workplace promotion.

Childcare should be viewed as a family issue and not as a female issue. What we need is to create more equality in relation to parental leave after childbirth, whereby parents decide for themselves how to divide up the time allowed. Provision of childcare facilities in the Dáil might also be helpful in encouraging more female deputies into the chamber.

This paternalistic view is clearly seen in how the gender quota issue is being sold to the public, for if it were presented from a feminist standpoint the message would be that the gender quota Bill ensures that men will account for 70 per cent of candidates in the next general election.

To imply that female politicians need a leg-up from their male counterparts when it comes to selection at the next general election is patronising in the extreme and belongs to the rhetoric of an age gone by. One has to wonder where it will all stop.

Will the next offering be a sexuality quota Bill with a requirement that 30 per cent of all candidates chosen for the next general election be made up of members of the LGBT community?

The gender quota Bill is clearly a ridiculous gesture on behalf of a predominantly male institution to be seen to be doing something tangible about encouraging more women into Irish political life, a sort of highbrow version of relaxing the rules at the golf club.

What we need to do instead is to find ways of breaking down the social and economic barriers that prevent capable women from entering Irish political life in the first place. They can fight and win their own battles, thank you very much, without any help from men.

Derek J Byrne is an academic and journalist

1 Ireland among countries urged to consider reinstating Covid-19 restrictions
2 ‘I’ve been sleeping with my girlfriend’s sister. I need help. What do I do?’
3 Joe Biden names Kamala Harris as running mate for US election
4 Russia set to begin Covid-19 vaccinations within weeks
5 Stephenie Meyer on Midnight Sun: ‘This was just a huge, pain-in-the-butt book to write’
Real news has value SUBSCRIBE