Energy security central to any sustainable plan for climate change 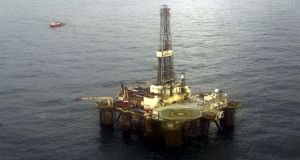 Climate change is the central issue challenging Ireland economically, politically and socially over the coming decades. The politics will require courage and skill. The social consequences are as big as the economic ones. What’s asked of a single generation is a scale of change ordinarily phased in over several.

Negotiating that change economically, while supporting a growing population that is living longer, means we must move on over several fronts simultaneously, including energy, while delivering economically at the same time. That is critical if social cohesion and the political will dependent on it is to drive climate change policy consistently over time. What we are beginning is a life’s work. We are already behind time. The single biggest obstacle facing sustainability in Ireland is the challenge of creating a partnership, and a clear programme that sustains that deep change. In the end, on climate, endurance will be as important as innovation.

Energy security must be central to any sustainable plan for climate change. Ireland is uniquely vulnerable to a disruptive, costly interruption of supply. We are an island, behind an island in the north Atlantic. Our own supplies of natural gas are diminishing. Our physical distance from the European mainland will be accentuated by Brexit. Britain will be not just an uncertain land bridge for our trucks, it will become a known unknown in terms of dependability for gas and electricity supplies.

There must be always-on, always-available energy supplies to power our economy and our homes

It is our only direct energy link and as our gas supplies decline, our dependency will increase. Ireland can’t open for business if we can’t ensure supply. Disruption isn’t simply costly for as long as it lasts. It is reputationally damaging in an economy hugely dependent on tech, data and other companies that are intensive users of energy. It is not enough that we deliver on security of supply. Investors have to really believe we can deliver, if they are to invest.

Not a single solution

Without natural gas, security cannot be guaranteed. It is good that as SEAI point out, renewables will play a much bigger part in our energy mix and grow from 8 per cent to 12 per cent by 2030. It is also true that they lack reliability and storage capacity. Renewables are not a single solution, but can be a much larger part of policy over all. There must also be always-on, always-available energy supplies to power our economy and our homes, in all weathers and in political circumstances globally we can never depend on.

For more than 40 years, two offshore gas fields, Kinsale and Corrib, have been mission-critical for Ireland’s energy needs, often providing up to 80 per cent of our power. Even with Kinsale and Corrib, we import half our gas from Britain. Some seriously argue this is somehow energy security. That is a myth. Brexit apart, Britain must import from as far as Russia and Qatar to meet its own needs.

Bringing gas under the Irish Sea is importing from an importer. It increases the carbon footprint. Gas transported over long distances, often across continents, produces about 30 per cent more carbon than using our own. Downplaying or outright rejecting these realities defies credibility and greenwashes policy options that won’t work in the short or long term. Carbon emissions are not about where it is produced, but where and how it is consumed. There is a real danger that the consequence of virtue-signalling becomes a major source of carbon emissions in Ireland.

With these factors in mind it is urgent that Government explains how the proposals outlined by the Taoiseach Leo Varadkar at the UN Climate Action Summit will work in practice. Gas exploration is to continue but new licences for oil exploration will stop.

Panic is not a policy. In fact, in any crisis management situation, the advice is not to panic, it is to plan

There are unanswered questions about the longer-term position in relation to exploration. Such uncertainty could affect confidence and investment, not only in this industry, but in many others across Ireland. Clarity is required on how the ban on future oil licences will work.

Without clear answers, there is a risk that the €1 billion already invested by energy companies in Ireland over the past decade will not continue. That could have unintended consequences in terms of energy security, and ultimately for climate change.

It is important that changes to the licensing regime are set out clearly and that existing exploration is not hindered or delayed by cumbersome administration and red tape.

Campaigners say that listening is no longer enough, that climate change is a crisis and they want policymakers to stop listening and start panicking. But panic is not a policy. In fact, in any crisis management situation, the advice is not to panic, it is to plan. Sustainable plans must have broad support. On climate action, that support must be sustained over decades. Energy security is a critical pillar of any plan that really works.

Mandy Johnston is CEO of the Irish Offshore Operators’ Association

1 Trump threatens to ‘close down’ social media companies after Twitter fact-check
2 Michael McDowell: We will laugh at the puritanism of the two metre advice
3 Sil Fox tells of ‘months of hell’ as he is cleared of sex assault on woman in bar
4 O’Leary’s call for easing of flight restrictions criticised by health experts
5 Coronavirus: Denmark is reopening society quickly. How is it faring?
Real news has value SUBSCRIBE