Until just last week, the only thing many of us knew about Harris County is that it is located in east Texas, where Sheldon Cooper comes from. 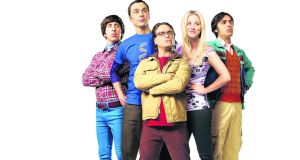 Both pro- and anti-choice sides were dumbfounded by the outcome. The accused had been acquitted, the accusers indicted. The spectacular backfire might have been less of a surprise (although would still have been surprising) in Manhattan or San Francisco. But in Sheldon country?

Until just last week, the only thing many of us knew about Harris County is that it is located in east Texas, where Sheldon Cooper comes from.

Sheldon is the theoretical physics genius and social misfit whose innocent awkwardness provides much of the humour in The Big Bang Theory – now faltering a little in its ninth season, perhaps, but still the funniest programme on television.

Sheldon had been forced by the faculty to abandon his work on string theory and investigate dark matter instead. He can find nobody to buy his unwanted string theory books, and is shocked to the core when fellow-physicist Leonard suggests he burn them.

The reputation of east Texas was somewhat restored last week when a grand jury in Harris County (Houston is the main population centre) voted to clear the US’s largest provider of reproductive health services, Planned Parenthood (PP), and to indict instead the anti-choice group, the Center for Medical Progress, which had accused it of trying to profit from the sale of foetal tissue.

Sanger’s mother Anne Higgins – both her parents were Irish-born – went through 18 pregnancies involving 11 live births before dying at 49. Sanger worked as a nurse in a slum on the east side before becoming a public advocate for women’s rights and birth control.

In recent years, a number of the clinics have been firebombed.

The case arose from the release last July of a number of videos purporting to show PP employees offering to sell foetal tissue to two undercover anti-abortion activists posing as representatives of a biotechnology company. Research using foetal tissue is lawful in the US, but buying or selling tissue on a commercial basis is not.

Publication of the videos sparked outrage from anti-choice groups and politicians demanding the withdrawal of PP’s federal funding. In the US and elsewhere, the videos were widely cited as evidence of the cold-heartedness and profit-motivation of abortion providers.

Texas senator and Republican presidential hopeful Ted Cruz – whose chances were significantly boosted when he out-polled Donald Trump in the Iowa caucuses on Monday – spoke for many on the right of US politics when he greeted the appointment of the grand jury with a declaration that his party would bring government to a standstill rather than accept a budget which included funding for the “criminal” abortion provider.

The Texas case had been launched in August, when Harris County district attorney Devon Anderson initiated a grand jury investigation of whether PP should be indicted for offering tissue for sale.

The organisation explained that it was its practice with patients’ permission to donate tissue for payment of expenses only – between $30 and $100 was the average charge – but had not tried to sell for profit.

After reading the evidence and examining the videos, the grand jury found that PP had not offered to sell tissue – but that the anti-abortion activists had tried to buy tissue. It indicted the activists for attempting to purchase body parts and for tampering with a government record (a driving licence) in order to establish a fake identity.

Both pro- and anti-choice sides were dumbfounded by the outcome. The accused had been acquitted, the accusers indicted. The spectacular backfire might have been less of a surprise (although would still have been surprising) in Manhattan or San Francisco. But in Sheldon country?

The result has put a spring in the step of the US pro-choice movement at a time when it is under relentless pressure from the religious right determined to roll back the advances made since the Supreme Court’s 1973 Roe v Wade decision that the constitutional right to privacy extended to a woman’s decision to have an abortion.

The lengths to which fringe elements would go in opposing the constitutional entitlement established was evident in a gun attack on a PP clinic in Colorado Springs on November 28th last in which three people were killed and six wounded by a gunman who was later to tell arresting officers: “No more body parts.”

The war on women’s rights will continue. But after a series of dismaying setbacks, the Harris County grand jury has brightened the terrain on which the war will be waged by chalking one up for the right to choose.