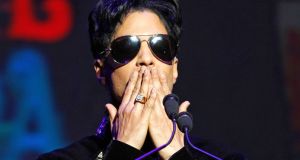 The Revolution, the band that played with Prince during the Purple Rain era, say they plan to reunite and perform again “soon”.

In a video posted on social media on Tuesday, guitarist Wendy Melvoin said the Revolution “have decided after spending three or four days together now grieving over the loss of Prince that we would like to come out and do some shows . . . see you soon”.

The band, which was formed in Prince’s Minneapolis home town, played with him from 1979 on albums and tours before splitting up in the mid-1980s.

Sales of Prince records have soared since the influential musician was found dead last Thursday at the age of 57 in an elevator at his Paisley Park Studios compound in Minneapolis. The cause of his death is not yet known.