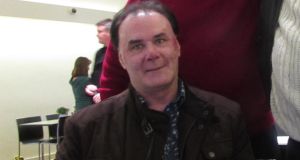 An Irishman who served 17 years in jail for attempted rape, but was later released by the Court of Appeal in London has lost his bid to overturn the British government’s refusal to award him compensation for the years he spent in jail.

Victor Nealon was jailed in January 1997 for the attempted rape of a woman who left a night-club near Birmingham, receiving a life sentence with a judge’s recommendation that he should serve a minimum of seven years.

Nealon, in fact, was jailed until 2012 when he was released after the Criminal Cases Review Commission sent his case to the Court of Appeal after it emerged that DNA testing was never carried out on the victim’s clothing.

Nealon could have been released long before 2012 but he consistently refused to apply for parole because it would have meant that he had to admit guilt for a crime that he consistently insisted he had not committed.

The DNA tests carried out for the Court of Appeal showed the saliva of another unidentified man was present on the victim’s blouse, along with DNA samples on the woman’s bra that could have belonged to the another man, but definitely did not belong to Nealon.

The Court of Appeal in 2012 released Nealon, declaring that there was “a real possibility” that the jury in the 1997 trial would have acquitted Nealon if the results of of the DNA testing carried out on the clothing had been available for the trial.

The effect of the handling of the DNA testing on Nealon’s conviction was “substantial”, the judges then said, but they added that “the fresh evidence has not ‘demolished’ the prosecution case”, as had happened in other appeal cases.

The Secretary of State for Justice later denied Nealon compensation for his years in jail, on the grounds that the wording of the Court of Appeal’s verdict meant that he was not a victim of a miscarriage of justice.

On Monday, however, Nealon and another man, Sam Hallam, who had also been released when his conviction was declared unsafe, lost their bid to persuade British judges to accept that denying compensation broke the European Convention on Human Rights.

The case taken by Nealon and Hallam is the first legal challenge to be heard to the decision by the British Government to narrow eligibility grounds for compensation, which effectively requires people to prove that they did not commit the crime.

2 Thirteen more deaths and 2,944 cases of Covid reported by Nphet