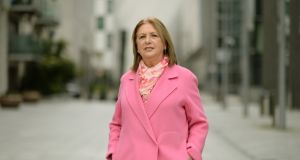 Senior faith leaders from around the world are coming together at an event backed by the UK government to call for an end to the criminalisation of LGBT+ people and a global ban on conversion practices.

More than 370 figures from 35 countries representing 10 religions have signed a historic declaration ahead of a conference on December 16th in a move that will highlight divisions within global religions.

The signatories include the Catholic former president of Ireland Mary McAleese, Archbishop Desmond Tutu and eight other archbishops, more than 60 rabbis, and senior Muslims, Sikhs, Hindus and Buddhists.

The United Kingdom’s Foreign, Commonwealth and Development Office had been due to host the conference at its Whitehall headquarters before the event was forced online by London’s move into tier 3 Covid-19 restrictions.

Westminster Abbey is hosting a private celebration after the event, led by the deans of Westminster and St Paul’s Cathedral.

The declaration calls for an end to the criminalisation of LGBT+ people and to “conversion therapy” – attempts to change, suppress or erase a person’s sexual orientation, gender identity or gender expression.

It also acknowledges “certain religious teachings have often, throughout the ages, caused and continue to cause deep pain and offence” to LGBT+ people, and have “created, and continue to create, oppressive systems that fuel intolerance, perpetuate injustice and result in violence”.

The UK government has funded the conference despite failing to act on a pledge made in 2018 to outlaw conversion therapy. In July this year, British prime minister Boris Johnson said plans to ban the “absolutely abhorrent” practice would be brought forward following a study.

Issues of sexuality and gender identity have caused bitter divisions within the global Anglican Communion, headed by Justin Welby, the archbishop of Canterbury, for decades. Church leaders in countries such as Nigeria, Uganda and Rwanda uphold traditional biblical teaching on the issue.

However, Sarah Mullally, the bishop of London and number three in the Church of England, sent a message of “heartfelt encouragement” to the meeting. “When Christian teachings are distorted to incite violence, this is a dreadful abuse of the gospel message,” she said.

The declaration has been signed by the leaders of the Anglican church in Scotland and Wales. Paul Bayes, the bishop of Liverpool, is co-chairman of the Global Interfaith Commission on LGBT+ Lives, which will be launched at the conference.

Bayes said: “For too long, religious teachings have been misused – and are still being misused – to cause deep pain and offence to those who are lesbian, gay, bisexual, transgender, queer and intersex. This must change.”

Another signatory, Dilwar Hussain, the chairman of New Horizons in British Islam, said he had been pushing Muslim organisations to engage with LGBT+ justice, but admitted it was “challenging”.

He added: “There’s a lot of talk in Muslim communities of equality, prejudice, discrimination – if we’re going to be serious about addressing issues of justice and injustice in our society, we’ve got to have an argument that’s morally consistent.” – Guardian