Despite high expectations, Front National fails to take single region in the elections 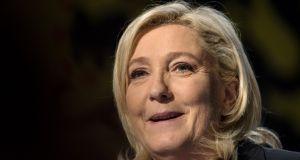 France had expected the Front National (FN) to take several regions, for the first time ever, in the December 6th-13th regional elections. Marine Le Pen, the leader of the extreme right-wing party, predicted it would take five, after the FN led the first round.

In the event, the FN won not a single region. It was the victim of an electoral system that reflects the true, fragmented, balance of power in the first round, but lets the winner take all in the run-off. Yet again, the FN crashed into the “glass ceiling”: the impossibility of garnering more than 50 per cent of votes in the second round.

The FN is likely to repeat the same scenario – first-round victory; second-round defeat – in the next nationwide poll in France, the May 2017 presidential election.

In the strange world of French politics, the FN was not really defeated. Nicolas Sarkozy’s Les Républicains (LR) won seven of 13 regions, and the socialist party (PS) took five. But they didn’t really win. (Nationalists won in Corsica, for the first time ever.)

For years, Le Pen predicted she would win the presidency of France in 2022. More recently, as jihadist attacks and the refugee crisis in Europe made the FN’s obsessions those of the average French person, 2017 began to look possible.

Had Le Pen won the Nord-Pas-de-Calais-Picardie region, it would have given her a territorial springboard for the presidential poll. She gained only 42.23 per cent of the vote, compared to 57.77 per cent for the LR candidate Xavier Bertrand.

That FN leaders are now scoring so highly in polls has alarmed the mainstream parties who’ve alternated in power since 1958. In the southern PACA region, Le Pen’s niece, Marion Maréchal Le Pen, who at 26 is the youngest member of the French National Assembly, received 45.22 per cent, compared to 57.5 per cent for the LR mayor of Nice, Christian Estrosi.

“There are victories that shame the winners,” Maréchal Le Pen said. Sarah Palin, the unsuccessful 2008 US vice-presidential candidate, wrote on the conservative website Breibart that Maréchal reminded her of Joan of Arc. Palin was charmed by Le Pen’s fervent Catholicism, anti-abortion and “anti-system” stand.

The FN won 6.8 million votes on Sunday, its highest tally yet, surpassing Marine Le Pen’s score of 6.4 million in the 2012 presidential election. As Le Pen said, the party tripled the number of FN regional councillors, from 118 to 358.

Since Le Pen took over the party from her father in 2011, its membership has swelled to 80,000. It has won 11 town halls and has 1,546 city councillors. Le Pen’s strategy is to infiltrate local government, enabling the party to train the cadres it sorely lacks, and gradually move upward to the presidential palace. She saw the regional election as a step on that journey.

Although they prevented the FN from taking a region, the establishment politicians were not happy. “No relief, no triumphalism,” Valls said. “The danger of the extreme right has not been set aside. Far from it.”

Xavier Bertrand thanked the socialists who voted for him, a conservative, but warned the first round, won by the FN, could be “the last clap of thunder before the FN takes power”.

Le Pen had the added satisfaction of watching her enemies tear themselves apart after their Sunday night “victory”.

Nicolas Sarkozy on Monday fired LR vice-president Nathalie Kosciusko-Morizet, known as NKM, because she stated the obvious: that if socialist voters had followed Sarkozy in his rejection of a “republican front”, Bertrand and Estrosi would have been defeated by the Le Pens.

The socialist government was considered lucky to salvage five regions. But their “victory” revived the endless debate between left and liberal wings of the party, with PS president Jean-Christophe Cambadélis telling the government: “We can’t go on like this.” There must be an “inflection” in coming months, “Camba” said. “We have to put the struggle against [economic] precariousness on the same level as the struggle for competitiveness.”