Viewers’ dilemma: would they shoot down an airliner set to crash into a packed football stadium? 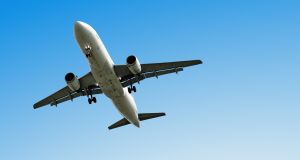 Moral dilemma: would it be right to shoot down a passenger airline destined to be crashed by terrorists into a football stadium holding 70,000?

Seven million German television viewers tuned in on Monday evening for a gripping television movie with a difference. Terror was the fictional, televised trial of a German Luftwaffe pilot, Lars Koch, facing 164 counts of murder for shooting down a Lufthansa passenger plane.

The plane had been hijacked by Islamist extremists, who wanted to crash land the aircraft into a Munich stadium where 70,000 people were watching a Germany-England soccer match.

The television jury was allowed vote and their verdict announced on air in a masterly moral drama, adapted from a play by German author Ferdinand von Schirach that has gripped audiences around the world.

Von Schirach’s drama hinges on a 2011 German law, permitting a hijacked plane to be shot down to prevent greater loss of life. The law’s key constitutional principle was subsequently struck down when Germany’s highest court ruled that lives may never be played against other lives.

In Terror, Koch disobeyed orders and released an air-to-air missile that tore into the plane’s fuselage, causing it to flip, explode and crash, killing all on board. An airforce superior admitted in court that he supported Koch’s lone action and that, had he been in his position, he would probably have acted the same way.

In cross-examination, Koch described as “absurd” the constitutional court’s dismissal of the 2011 law, because it contradicted his military oath to save Germany and its people from harm.

“The people in the plane had to be sacrificed,” he said, citing as justification the principle of “emergency above the law”. Losing 167 lives was less of a tragedy than risking 70,000, he said, “and it’s simply not on that you cannot weigh up in such disproportionate cases”.

After a tense 80 minutes of drama and tele-voting, 86.9 per cent of Germans voted in favour of acquittal. So many wanted to participate that the voting system collapsed. But in the cold light of morning, many wondered if they had decided correctly, or sacrificed the first article of Germany’s post-war constitution – human dignity is inviolable. It is a principle that weighs heavily here, as an answer to Nazi-era horrors.

“It’s not for nothing that this article is at the start of the constitution ... Koch’s was a decision against human dignity,” argued the state prosecutor before the verdict. “He is not a hero. He took the dignity of the people [on the plane] and then he killed them. If he is acquitted you declare these people to be of no value.”

Koch’s defence dismissed the prosecutor’s demand for a conviction as putting principles above common sense.

“Finding Lars Koch guilty doesn’t protect our constitution,” said the defence . “If you find him guilty you’re saying we cannot defend ourselves against terrorists.”

Terror asked Germans if Lars Koch was a hero or a murderer. An overwhelming majority of Germans saw in him a hero to be acquitted, yet appear deeply unsettled for thinking so.