Gendarmes face disciplinary action after forgetting where they placed explosives 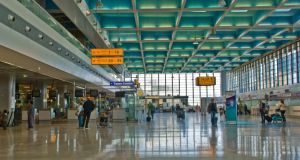 French gendarmes in Marseille face being disciplined after reportedly “losing” explosives during a training exercise.

The officers were believed to have hidden the 100g block C-4 plastic explosive – known to experts as a form of Composition C – in the freight section at the city airport for their sniffer dogs to find.

However, the sniffer dogs failed to find the explosives and the gendarmes apparently forgot where they had hidden them.

“There was a surveillance failure,” a local official told La Depeche newspaper.

“The explosive was lost.” However, he insisted that without a fuse there was no real danger.

C-4, which is similar to semtex, is said to be very stable and able to withstand physical shocks without exploding. During the Vietnam war, American soldiers would sometimes burn small amounts of the explosive to heat their rations.

An inquiry is under way to see if there is a case for official sanctions or legal action against the gendarmes.