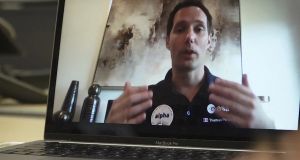 The European Space Agency has launched a hunt for the next generation of astronauts, and is opening up the recruitment drive to a wider pool of candidates than ever before.

It’s the first time in over a decade that the agency has recruited new space explorers, and the plan is to train between four and six astronauts and recruit up to 20 more people who could be called up as reserves.

In the past, astronauts have often been recruited from the ranks of elite pilots and military aviators, but this time the net will be cast much wider. The agency is looking for people who have a master’s degree and three years’ experience in the sciences, computer programming, engineering or medicine, as well as those who have an experimental test pilot degree.

Applicants should be calm under pressure, willing to travel internationally for work with long absences from home, and be a citizen of one of the European Space Agency’s 22 associate or member states, which include Ireland.

Fluency in English is required and additional languages are a plus, the agency said, and applicants will need to supply a medical certificate from an aviation medical examiner clearing them for flight.

The space agency is also launching a “Parastronaut Project”: a global first to explore the feasibility of having astronauts with disabilities working in space. It is encouraging people with certain physical disabilities – including a lower leg deficiency, a pronounced leg length difficulty or a stature of below 130cm – to apply.

Applications will be open on the ESA’s career website from March 31st until May 28th, and the first tests to filter out the best-suited applicants will begin in July with psychological screening, then practical and psychometric tests, followed by medical selection and two rounds of interviews. In the ESA’s last recruitment round, only 16 per cent of applicants were female, and the agency is particularly encouraging women to apply.

The selected applicants will first undergo basic training including the essentials of being an astronaut, survival skills and the Russian language, before moving on to robotics, navigation, maintenance and spacewalks. Finally, the trainee astronauts will be prepare for specific space flight missions, such as performing experiments in space and working to open pathways to Mars.

“The first missions will be to the International Space Station,” said Belgian former astronaut Frank De Winne, who runs an ESA training centre. “Eventually we want to work to get our astronauts to the moon.”

Each of the class of 2009 has since served on the International Space Station, and will work alongside the new recruits. Ms Cristoforetti, who was the first Italian woman to go to space, appealed to people to go for it. “You might as well try. Why not?” she said “Occasionally, you get to ride a rocket to work.”