They’re still building. That’s the answer I give whenever people ask me what’s going on in Berlin, a quarter century after German unification.

When the two Germanys became one on October 3rd, 1990, the city was already a building site. And 25 years on, the skyline is still filled with cranes, the pavements are still gritty with construction sand underfoot.

Leave Berlin for two weeks and, on your return, you’ll find yourself standing before a gap in your street, wondering what used to be there.

These days Unter den Linden is less a leafy boulevard than a vast building site with trees, where the state library construction site flows seamlessly into the building on the state opera, the shafts for a new underground line and the rebuilding work on the Prussian palace.

Building sites don’t disappear in Berlin, they move a few metres down the street and start over. If you want to get rich in Berlin, don’t get into property: get into scaffolding.

But as the building and rebuilding drags on, so, too, does the ideological warfare over how the new-old German capital should look.

One camp still insists that, after war and division, the best way to redevelop Berlin is to preserve the historical dimensions of its streets and squares, to reconstruct and rebuild with a respectful nod to the past. That was the philosophy of Hans Stimmann, the first post-unification German city planner.

“Berlin is a museum for every failed city planning attempt since 1945,” said Stimmann on his retirement a decade ago. “I wanted to go back to a city structure that I call a European city. I wanted to make Berlin readable again.” 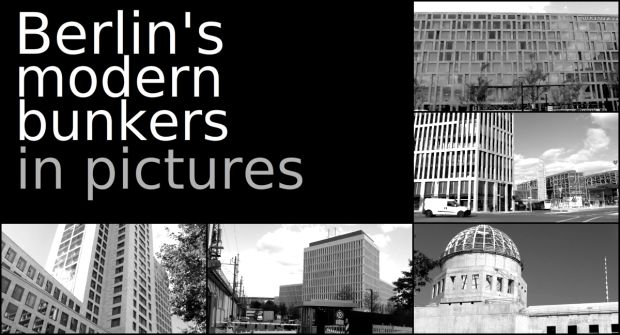 That didn’t sit well with the superstar architects who, in post-wall Berlin, saw a once-in-a-lifetime chance to remake a major European city.

For architect Daniel Libeskind, the man behind Berlin’s striking Jewish Museum, the city’s rejection of high-rise architecture was a “terrible mistake” that imposed a 19th century straitjacket on its attempts to make up lost ground.

“Berlin was once an innovative city but now it seems to want to copy Malmö,” he told Berlin’s Tagesspiegel daily recently. “I’ve nothing against Malmö, but that’s not an ambition for a leading, creative city . . . that needs a high [population] density in the city centre.”

After a quarter century, the two main architectural camps are locked in stalemate.

The result is visible on the Friedrichstrasse, he says. The bustling, mixed-used thoroughfare of the pre-war era is now a commercial strip of chain stores, offices and no residents. Walk here at night, past one mediocre facade, one empty building after another, and you could be in, well, Malmö.

“You could have recreated a high-density residential area but the politicians wanted offices here,” said Maak. “And so, while the height restriction created at least the formal appearance of tradition, the result is zombie urbanism.”

Another trend in post-wall Berlin is the spread of Dawn of the Dead zombie shopping centres. The uncontested low-point is Alexa, a four-floor travesty of pink sandstone over two hectares at Berlin’s Alexanderplatz, so bizarre, so endless and so forbidding that it’s been dubbed the “Pharaoh’s Tomb”.

The mayor at the time dubbed it “ugly”, the architect disowned its appearance as “screaming”. So how, then, did such a disaster come to be built on such a prime site?

“We insisted on a sandstone facade but it wasn’t in the specifications that it would be pink,” said Martin Pallgen, spokesman for Berlin’s city planning office.

Around Berlin’s new central station is where the city’s latest architectural orphanage is under construction. What could have been a great European square, facing onto the River Spree, the Reichstag and chancellery, is a windy concrete wasteland.

The new buildings going up here are like an architectural expression of Einstein’s definition of insanity: doing the same thing over and over – stone facade, elongated windows – and expecting different results.

From the anonymous hotels to the federal interior ministry opposite, or the nearby intelligence service headquarters, the sameness is shocking as Berlin buries its architectural potential in the sandy soil of corporate opportunism.

Given post-wall Berlin’s mixed record in the 25 years, it bodes ill for the big urban challenge for the next quarter century: to build new, affordable housing for the city’s four million residents, and the 40,000 new arrivals each year.

Voters have put tremendous pressure on politicians to deliver apartments, but architecture critic Niklas Maak has sounded the alarm that this will open the flood-gates to quota-filling quantity over quality living space.

“We need to develop apartments that reflect people’s needs and lifestyles, otherwise we’re doomed to build swathes of chicken-coop apartments,” said Maak. “Berlin’s last international architectural exhibition was in 1984. We urgently need another.”

Water charges will not be reintroduced, Taoiseach says

2 Explainer: Will 82% of adults really be vaccinated by end of June?

5 Water charges will not be reintroduced, Taoiseach says