Saddled with debt from their first escape bid, many feel they have no hope but to try again 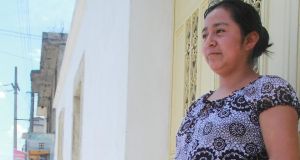 Alejandra Tizal, a Mayan teen from the highlands city of Quetzaltenango, was 16 when she left home to try to make a life in the US. Photograph: Jennifer Hough 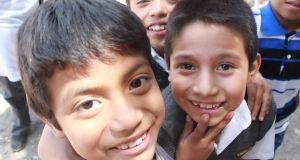 Children at Caja Lúdica, which teaches games at a school in Villa Nueva, a sprawling urban zone just outside Guatemala City, where gang violence is common. Photograph: Jennifer Hough 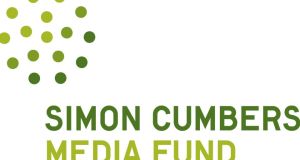 Alejandra Tizal was 16 when she made up her mind to go. “I told my family I wanted to go to the US,” says Tizal, from the western highlands city of Quetzaltenango, three hours south of Guatemala’s border with Mexico. She had been working as a maid since she was 12, which is typical for indigenous (mainly Mayan) children whose families can’t afford to send them to second-level education.

Tizal’s family remortgaged their home to pay about €7,000 (the price has since gone up to about €10,000) for an “express” service to get her through Mexico, across the border and directly to Washington, DC, where a relative was living.

“It took us only eight days to travel through Mexico, then we were hidden in a house near the border for 11 days,” says Tizal, now 19. “We crossed the Rio Grande in a boat and walked for three nights in the desert.”

The group of six was about to meet a driver who would take them to Washington, when they were intercepted by border guards. Tizal was put in a youth detention shelter for four months, after which she was deported to Quetzaltenango, Guatemala’s second-largest city.

Migrants from the northern triangle of Central America – Guatemala, Honduras and El Salvador – have long been beating a path through Mexico in search of the American dream. But never have so many young people been making the journey alone.

More than 68,500 unaccompanied children from the three countries crossed over the border last year, stretching US immigration facilities to capacity.

US president Barack Obama has promised an unprecedented $1 billion (€920 million) in aid to address social and economic issues that drive youth migration.

It needs congressional approval, but in the meantime, Mexico is responding to pressure to toughen up on migrants making their way north. With the help of $86 million from the US State Department, it has set up checkpoints and roadblocks to prevent a rerun of last summer’s migration crisis.

The measures are working and record numbers are being deported from Mexico.

More than 26,600 unaccompanied minors were stopped at the US border between October 2014 and last month, roughly half the number detected in the same period the previous year. This is not because young people have stopped travelling, however.

Between January and June, 36,084 Guatemalans – 5,394 of them young people – were deported from Mexico by bus, more than double the previous year’s figure, according to the government of Guatemala.

What is often forgotten is what happens to the young people who are picked up and forced home, saddled with huge debt, no means to pay it and the stigma of not having ‘made it’.

Of the northern triangle countries, Guatemala is the only one that provides formal assistance to returning youth. Government-run shelters give deported children a meal and a place to stay until a family member collects them.

More valuable in the longer term, however, is the Guatemalan Child Return and Reintegration Project, which is funded by Kids in Need of Defense, an organisation founded by Angelina Jolie and Microsoft to provide legal assistance to unaccompanied children in the US. In 2010 it began a binational project to help young people to reintegrate after deportation.

Its partner on the ground, Colectivo Vida Digna (A Dignified Life), which is based in Quetzaltenango, seeks to reconnect young indigenous migrants with their culture, as well as to help them to find employment or education.

Carlos Escalante, Colectivo Vida Digna’s economy officer, says mass migration from the many Mayan villages nestled in the hills around the city is having a negative effect on communities. A whole generation of men is missing and the women have to take on new responsibilities as well as raise the children. Now, the young people are leaving too.

“Our youth are the fresh blood of our people, but we are losing them . . . hundreds of people leave every day, the majority are youth, it’s a valuable resource that’s being lost,” he says.

Many leave home for purely economic reasons but others are fleeing domestic or gang violence. Violent crime claimed 5,924 lives in Guatemala last year.Indigenous people make up about 50 per cent of the population in Guatemala, but they are hugely discriminated against in what is one of the most unequal countries in the world. Most are poorly educated and poorly provided for and there is a serious lack of employment and investment in rural areas.

Anna Grewe, an education and social worker with Vida Digna, points out the many vested interests that benefit from the travails of the poorest. Migration is “a big business,” she says, for the extraordinarily well-organizsed “coyotes” (people who earn a living transporting migrants through Mexico and across the border), and for the church, which gets donations from people setting out on their journey, or from those who believe they “did not have enough faith,” to make it.

She says the government has little interest in preventing people from leaving, given that money sent from the US back to families in Guatemala make up about 10 per cent of gross domestic product.

Escalante says the only way to change the structural inequalities the indigenous people face is to educate the youth and help them to stay in Guatemala. It’s difficult though, when a huge debt lingers.

When youths are deported “the debt is on everyone’s mind,” he says. “It keeps increasing too . . . the whole family is working to pay it off. We’ve seen people lose their homes. It makes it very difficult for young people to stay.”

In Guatemala City, Juan Jose Hurtado, director of Pop No’j, an NGO that also works with indigenous Mayan youth, believes that as long as the causes of migration are not tackled, it will continue unabated. “The historical reasons for poverty needed to be addressed. We need economic development in rural areas, jobs, training.”

But, Hurtado says, people should have the right to live and move where they want. “The borders were not created by the indigenous people and many Mayan people were split off from each other by borders. We don’t tell people not to migrate, that is their right, but it is also a right to stay in your own country, it’s up to the government to provide means and opportunity so people can make a good living here. Most people don’t want to leave.”

Just how much of the mooted US aid package trickles down to those who need it most remains to be seen. Government corruption has long been an issue in Guatemala, and has made international headlines in recent months, with revelations that government ministers defrauded the state of millions of dollars, cabinet resignations, jail time for some officials, and ongoingwidespread protests on the streets to oust the president himself. Some commentators fear an increased US aid package will further enrich the country’s ruling elite.

Deportation flights from the US land at the capital’s air force base once or twice a day carrying up to 100 people.Kevin Diaz, (23,) poses for a picture, clutching his papers from a Texan prison.Apart from the clothes on his back and a ring on his finger, it is all he has come home with.

His story is typical – after a month or so trekking through Mexico and crossing the Rio Grande river into the U.S., he was picked up by immigration officers and put into prison.

Outside the airport gate, coyotes are waiting with money and means. Many returnees will simply get on the road to Mexico once again.

For now, Tizal has resisted the lure of the border, even though three years after her failed attempt her family is still working to pay off her debt.

Through her connection with Vida Digna she is finishing school and hopes to go to university, a rarity for indigenous youth. Of her failed trip, she says with a shrug, “Mala suerte.” Bad luck.

Grewe prompts her. “Tell her.” Four months after Tizal’s return, her mother started complaining of a pain in her abdomen. “I made her go and get it checked out, they found a tumour in her ovaries,” she says.

An operation was successful and Tizal’s mother survived. Her family firmly believes she would be dead if it were not for Tizal’s persistence. “So, maybe it wasn’t such bad luck after all,” she smiles.

In Villa Nueva, one of Guatemala’s largest and most dangerous slums, extreme poverty means children often fall under the influence of a violent street gang, the Maras.

It is just one of the communities where an arts collective, part funded through Irish Aid money funnelled through Christian Aid, subtly intervenes to try to give young people alternatives.

Juan Solares (32) says the group changed his life. “Before I got involved, there was nothing to do but to go to the streets,” he says. “Kids turn to gangs because after school, there is nothing. It’s very dangerous.”

Now he works as a volunteer with Caja Lúdica (Playful Box), which runs workshops and goes into schools.

The group’s approach to recruitment is innovative: It arrives in a new area with a spectacle of juggling, drums and dancing, and asks people to join in.

It not only teaches circus-style tricks, but builds confidence, teamwork and interpersonal skills. Underscoring the danger of being involved with a gang is the story of Victor Leiva, a youth coach with Caja Lúdica who was shot dead in 2011, years after leaving the life behind.