Letter from Sydney: Turnbull moves from Dr Do-little to man of action

The Australian prime minister promised change and then sat back: until defeat loomed 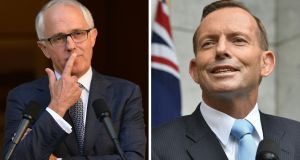 Abbott was the most right-wing prime minister the country had seen and had led his Liberal-National coalition government to the brink of losing power after one term.

His replacement, Turnbull, was a small “l” liberal who believed in same-sex marriage, Australia becoming a republic and addressing climate change. Australia expected a new broom to sweep things clean and the government immediately re-established a strong poll lead. But then he did precisely nothing about any of the policies he held dear, and the honeymoon turned sour.

With most polls putting Labor in with a chance of winning an election due by January 14th, 2017 at the latest, Turnbull needed a circuit breaker. He got two.

The first was a deal with the Australian Greens party that changes the way senate elections are held, making it far more difficult for minor parties and independents to get elected through arcane preference swaps (many see this as the Greens pulling up the drawbridge after they have gone from a minor party to potential kingmaker).

With senate reform in the bag, Turnbull then threatened minor party and independent senators, saying that unless they passed legislation aimed at curbing the power of construction unions, he would call a rarely used “double dissolution” for July 2nd. In one swoop, Turnbull went from Dr Do-little to man of action.

It halves the quota needed for election, but the voting system changes to potentially make it a win-win for the government anyway.

Having previously rejected the contentious union legislation – voting against it a second time is the double dissolution trigger – the crossbench senators are unlikely to pass it now, so Australia is already in a 103-day election campaign.

Turnbull rejected the faint, damning praise, saying, “The bottom line is there is continuity and there is change.”

When employment minister Michaelia Cash also used the phrase “continuity and change”, fans of US political satire Veep noticed how similar it was to “Continuity with change”, a slogan used throughout series four, when Julia Louis-Dreyfus’s character, US president Selina Meyer, was campaigning for re-election.

“Selina wants to be all things to all people – she wants to assure the American public that government is carrying on as normal after the president has stepped down, that there is no crisis, but she also wants to seem fresh and forward-looking. It did make me laugh a lot when I saw that the Australian PM’s people had been on the same mental journey and come up with the same meaningless phrase.”

Far more seriously than a poor choice of election slogan is the dressing down Turnbull got from the Belgian ambassador after the prime minister’s comments on the Brussels terror attacks. Turnbull said Europe had “allowed security to slip” and “that weakness in European security is not unrelated to the problems they’ve been having in recent times”.

Belgium’s ambassador Jean-Luc Bodson said Turnbull was playing into the terrorists’ hands. “It’s dangerous because it’s precisely what Isis wants – that we would make a confusion between terrorism and migrants and between terrorism and Islam,” he said. “My view is that the terrorists who committed the attacks in Paris and in Belgium are European-raised and born. Maybe from foreign origins, but they are Europeans.”

Labor party leader Bill Shorten said it was too soon for Turnbull to “hand out advice. I think it’s premature for the prime minister be telling the Belgians what they did wrong within 24 hours of what happened in Belgium,” Shorten said.

In this case, however, Turnbull knew exactly what he was doing. Sounding a dog-whistle against immigration never hurt a Liberal party re-election campaign.