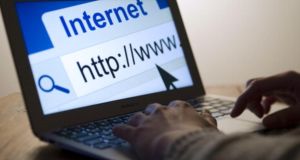 The Irish Society for the Prevention of Cruelty to Children has called on the Government to request ISPs to block access to pornography, saying it was damaging to children. Photograph: Getty

Minister for Communications Pat Rabbitte has said he would consider introducing measures to curb the accessibility of online pornography in Ireland.

He was speaking after British prime minister David Cameron announced plans to have pornography blocked from every home in the UK unless the user seeks to receive it.

“I would be quite happy to whether the initiative announced by prime minister Cameron has merit and can be made to work and whether the ISPs [internet service providers] that are largely different here than they are in Britain would enter a similar protocol,” Mr Rabbitte told RTÉ’s Morning Ireland.

Earlier the Irish Society for the Prevention of Cruelty to Children called on the Government to request ISPs to block access to pornography, saying it was damaging to children.

“We are allowing our children to see material that a decade ago would have only been acceptable in an extreme fetish club,” she said.

Although Mr Rabbitte said he would look into the matter he also pointed out that the European e-communications directive “makes it illegal for a member state to seek to compel ISPs to block material in the fashion I think that Senator O’Brien raises”.

He added that the British legislation also seeks to tackle certain extreme types of “obnoxious material” which is already illegal in Ireland.