Private operators charging up to €13,000 per week for beds for children 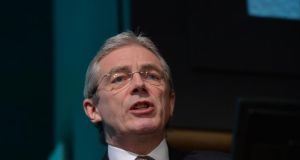 Gordon Jeyes, chief executive of the Child and Family Agency, said there was now a national approach aimed at ensuring high-quality care and bed occupancy.

Taxpayers paid €20 million a year for empty beds in children’s residential centres aimed at providing care for vulnerable young people in State care, according to an internal report.

In all, abou t 500 children at risk reside in publicly and privately operated care centres.

But an unpublished HSE review of these homes found private operators had been charging up to €13,000 per week – or €675,000 a year – for individual children’s beds.

In addition, some private firms charged the State different rates for children from different parts of the country, even though they were placed in the same residential centre.


Findings
The findings are contained in An Analysis of Residential Child Care Centres and Places in the Statutory, Voluntary and Private Sectors Used by the HSE , dated 2011.

It was released under the Freedom of Information Act.

This report predates the establishment of the Child and Family Agency, which took over responsibility for key social services from the HSE earlier this year.

In a statement yesterday, the agency’s chief executive Gordon Jeyes said there was now a national approach aimed at ensuring high-quality care and bed occupancy.

An agreement was reached after the report was compiled that private residential care would be charged at a flat rate of €5,000 a week, with any addition money being charged solely for specialised services.

Much of the report focuses on privately run centres, which have grown significantly over recent years due to the closure of State-owned facilities and the ban on public sector recruitment. On average, privately operated centres were much more expensive (€330,000 per year), compared to public facilities (€225,000) or those run by the not-for-profit sector (€140,000).

The report notes some service providers immediately reduced their costs when they learned that the internal review was being compiled.

Despite the high cost of placements , some children were not being adequately cared for in residential centres and required special care facilities, the report found.

Coronavirus: Five deaths and 248 more cases reported 17:29
More than 100 people gather in Co Donegal for anti-Covid-19 restrictions rally 16:42
Cork hunger strike exhibition ‘to educate youth about Irish freedom’ 16:16
Man with electric scooter who died in Meath was due to get married in the coming weeks 14:40
Two men arrested following Garda chase in Balbriggan 13:47