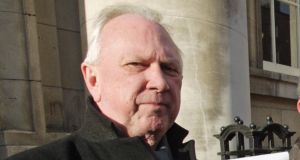 Unite, the largest trade union in Britain and Ireland, has backed an emergency motion at its Belfast conference opposing the Haddington Road proposals on public sector cuts.

Proposing the motion, Unite regional secretary Jimmy Kelly, said: “Three times the Government has attacked the wages and conditions of public sector workers. This year the first attempt at cutting wages under Croke Park II was massively rejected by public sector workers, in some cases even contrary to the recommendations of their own unions.”

He said the Government, following this, had again resorted to “coercive anti-union legislation designed to impose wage cuts and put a gun to public sector workers;’ heads”.

“Not only did this constitute a gross interference in workers’ rights to ballot freely, it also sets a precedent which may be used against private sector workers in similar circumstances,” he added

He said the Irish Congress of Trade Unions (Ictu) must launch an immediate campaign to have the legislation repealed and he called on the trade union movement to secure the support of the Labour Party in calling for repeal.

He further warned that the Government would also move in similar fashion against the private sector and pledged full support for workers in whatever form of resistance the decided upon.

Delegates criticised the Government’s approach on public sector pay and called for Ictu leader David Begg to recognise their plight. Mick McKenna, a delegate from Enterprise Ireland said the Government was going down a road that “not even Dickens or Thatcher” would have gone down.

“The latest Haddington Road proposals are equally unacceptable and have been overwhelmingly rejected by Unite’s Public Sector members.

“This conference notes that our public sector representatives are meeting on Friday June 28th to consider the results of other unions’ ballots as well as legal advice obtained by Unite on the Financial Emergency Measures in the Public Interest’ legislation.

“This conference supports public sector members in whatever action they deem necessary to protect members’ interests.”