Tara: ‘They shouldn’t have control over my uterus’

Cork woman tells BBC of travelling to England for abortion 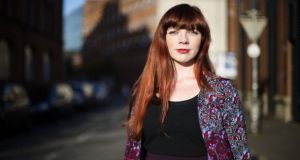 Tara (24) who travelled to England for an abortion.

Tara (24), a Cork-woman who travelled to England for an abortion, has had nothing but positive support from family and friends, she says.

Tara, who does not want her surname used as she doesn’t want to be traceable on social media, appears in Abortion: Ireland’s Guilty Secret?, to be screened on BBC3 on Wednesday night.

She and her partner Steve travelled to England last year for an abortion at a clinic in west London. It took them two weeks to raise almost €1,000 for the journey, accommodation and procedure.

She took part in the documentary, she says, because “someone needs to share their story. There are women going over daily for abortion but still it’s something nobody will talk about,” she told The Irish Times.

She is interviewed by BBC reporter Alys Harte before she and Steve start their 500-mile round trip, where she explains why they have chosen to terminate the pregnancy. She had been on the pill and the pregnancy was a shock. They had been saving to move to a new apartment and to take a long-haul trip the following year.

“I’m just not ready to have a child. We’re not ready.”

They are interviewed just as they are about to enter the clinic, where she tells viewers that she is “nervous, very nervous”, and afterwards, in a park near the clinic.

“I do feel relieved but I also feel guilty for feeling relieved,” says Tara in the documentary. “It feels a bit surreal I guess still to think that it’s no longer inside of me. They brought me in a wheelchair into the [RECOVERY]room. That’s when everything really hit me then. The entire day really just caught up with me an awful lot. It really has [been a long day]. I’d just really love to be at home cuddling my dog now, in my own bed and stuff. It’s been a long day. It’s been tough.”

Asked how she felt about the legal situation in Ireland having just experienced the day she had, she said: “Just angry, really angry, angry that they are ignoring women basically at the moment, ignoring the fact that they should have this choice at home, that this could have been so simple. This is something that I could have done two weeks ago when I found out. They shouldn’t have control over my uterus. I deserve that choice and it was taken away from me by my Government. You deserve to be treated as a human and not as a criminal.”

She hadn’t told anyone about her and Steve’s participation in the documentary until after she had returned England.

“They were completely supportive. They thought I was a bit mad perhaps but then know I am very outspoken in my views and I have always been totally pro-choice. They understood my reasons for doing it.”

When it is put to her that it is very “‘ordinariness” of her situation - that hers was not one of the “‘hard cases” of fatal foetal abnormality, rape or incest, but one where the time simply was not right for her – that makes her going public ground-breaking, she agrees, adding she also had a supportive partner.

“I think I may be stigmatised for that, or I might be dismissed but I know my situation that is probably close to the norm and yet it’s still something nobody will talk about. It’s something we need to talk about.”

She says she did not participate “naively” and is “not sure what the backlash will be like”.

“One thing I have learnt is how grey an area this is for people. I had to widen the scope of people I discussed this with, because I had to tell people about the documentary. I’ve been able to gauge opinion. There is a sense, when you read the news or watch debates that people are very black and white on abortion. They’re not. People have very mixed views on it.”

As to her feelings now about the abortion, she says there hasn’t been a day she hasn’t thought about it, wondering ‘what if?’ she hadn’t t had it.

“But then logic kicks in and I know it was right for me. There’s still so much I want to do before having a child. I want to give a child the best I can and I know I’ll be in a better place to do that later in my life.”