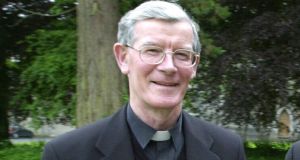 Two Catholic bishops have today announced their retirements and a new Bishop of Killaloe has been appointed.

Pope Francis has accepted the retirements of Martin Drennan, Bishop of Galway and Kilmacduagh, and Seamus Freeman SAC, Bishop of Ossory, due to ill health.

Bishop Drennan (72) has served in the role for over a decade. A native of county Kilkenny, he formerly served as spiritual director at the Pontifical Irish College in Rome during the 1980s, and was an Auxiliary Bishop of Dublin before moving to Galway in 2005.

Bishop Freeman (72) is a celebrated member of the Pallottine Order, and served as Rector General of Pallottines worldwide for 12 years between 1992 and 2004.

He was appointed Bishop of Ossory in 2007, but has had frail health since suffering from a stroke in 2013. In a statement he thanked the priests, diocesan staff and consecrated lay people in Ossory for their help and support.

“It was my hope that I would continue my episcopal service until the retirement age of 75 years. However, due to ill health, for some time now I have found my ministry as bishop to be somewhat of a challenge,” he said.

“I must say for me it was a great privilege and a tremendous joy to have served you as your bishop. . . It is my hope, and indeed it is my fervent prayer, despite my limitations, that I have served you well,” he said.

Speaking of Bishop Drennan, Archbishop of Tuam Michael Neary described him as a “determined leader”.

“Bishop Drennan’s life has been one animated and informed by faith in God, by love for the Church and all its people and by duty to the Gospel.

“He has given unstintingly of himself in that service, irrespective of thanks or criticism. His natural modesty and reserve concealed an able, principled and determined leader,” Archbishop Neary said.

Elsewhere, senior Church figures have welcomed the appointment of Fr Fintan Monahan (49) as Bishop of Killaloe.

Originally from Tullamore, Fr Monahan was ordained in Carraroe in 1991 and is a former chaplain of St Jarlath’s College, Tuam.

He expressed his shock and surprise at being offered the role a number of days ago, and says he is looking forward to “joyfully and earnestly” setting about his new work.

He was congratulated by Archbishop of Armagh Eamon Martin, and Archbishop of Cashel and Emly Kieran O’Reilly who said Fr Monahan will bring many gifts to his new ministry.