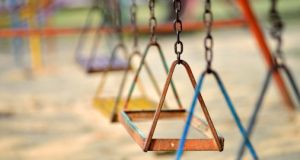 The latest and final tranche of its reviews of child protection in Catholic institutions on the island of Ireland the church’s National Board for Safeguarding Children has been released. Photograph: Thinkstock

A priest was allowed to have contact with children for at least two years after a female relative accused him in 2002 of abuse as a child, according to a report released on Wednesday.

The Salvatorian priest later admitted that he had abused more than 100 children up to 2004.

The details are contained in the latest and final tranche of reviews of child protection in Catholic institutions on the island of Ireland by the church’s National Board for Safeguarding Children.

The report says the priest was withdrawn from ministry in Dublin by the provincial of the order following the complaint in 2002. However, the reason given to the Archbishop of Dublin for this was the stress of his responsibilities.

“The provincial however did not inform the archbishop of the real reason for withdrawing the priest; and he subsequently arranged for him to take up a position in the congregation’s archives at the congregation’s Motherhouse in Rome,” the report says.

In 2004, on a visit to Ireland, the priest was reported to gardaí by a family for the abuse of a daughter. He was arrested and convicted in 2007 in relation to the admitted abuse of “several girls” over a 25-year period. Sentenced to four years, all suspended except for 18 months, he left prison in 2009 and died later that year.

The board said of this case that it wished to impress on the Salvatorians “the considerable responsibility it still carries to ensure that the devastation perpetrated on his victims by Fr A is conscientiously, compassionately and effectively addressed”.

The Salvatorians, in a statement, expressed “their deep sorrow for the prolific abuse carried on by a particular member of our Order in Ireland and elsewhere over a long number of years”.

It unreservedly apologised to anyone who suffered at the hands of this priest.

“We are also extremely regretful that when it became known to the Provincial Superior that this member had abused children he was not placed immediately under supervision but instead was transferred to a desk job and subsequently permitted some limited ministry. We acknowledge that the response of the Provincial Superior at the time was completely inadequate and that it was a clear failure of the duty of our Order to protect children.”

The National Board for Safeguarding Children’s chief executive, Teresa Devlin, said the Salvatorians and the Blessed Sacrament Fathers showed “little evidence that the standards have been properly implemented. The Salvatorians were particularly poor in relation to the monitoring of an accused priest. And, in a number of cases, poor record-keeping took place.”

In the case of the Blessed Sacrament Fathers it was found that abuse allegations had been made against at least six members but this could not be clear due to poor record- keeping. Just two accused were reported to gardaí and civil authorities, with one still in ministry at the time of the review. The two were convicted in the courts.

In total, the review of 30 congregations found there had been 288 allegations against 90 priests, brothers or nuns, with 10 criminal convictions arising.

Of the allegations made, 132 had been against 46 members of the Brothers of Charity, all of which had been reported to gardaí and 117 to relevant civil authorities.

Four accused brothers were convicted in the courts. An additional 36 allegations had been made against lay people associated with the Brothers of Charity.

Where the Marist Brothers were concerned, a total of 39 allegations had been made against 15 members, three of whom were convicted in the courts.

One abuse allegation had been made against an Opus Dei priest and was reported to gardaí. The DPP decided there was not sufficient evidence to pursue the case, which went back 40 years.

Reviews undertaken of four congregations cannot be reported on or published, as they are included in the statutory review of the Historical Inquiry into Child Abuse in Institutional Care in Northern Ireland (Historical Institutional Abuse Inquiry). These reports will be published following the HIA report in 2017.

However, she warned against complacency: “But the fact that we had an allegation as recently as 2013 shows that we cannot allow that to happen. With that in mind, a new set of standards has been agreed with the church and we will soon be launching the detailed guidance for their implementation.”