No solid evidence of ‘gay subculture’ at St Patrick’s College 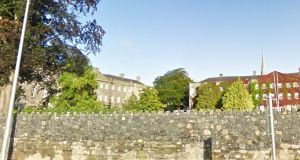 St Patrick’s College Maynooth “has no concrete or credible evidence of the existence of any alleged ‘active gay subculture’,” it said. File photograph: Google Street View 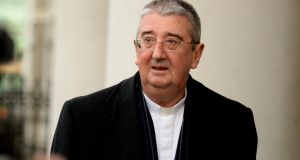 Catholic Archbishop of Dublin Dr Diarmuid Martin is to cease sending trainee priests from the diocese to St Patrick’s College in Maynooth because of a worrying “atmosphere” at the national seminary. File photograph: Cyril Byrne/The Irish Times

St Patrick’s College Maynooth “has no concrete or credible evidence of the existence of any alleged ‘active gay subculture’,” it has told The Irish Times.

“As outlined clearly in the Seminary Rule, any student involved or promoting such behaviour would be asked to leave the seminary formation programme,” it said.

The statement follows anonymous allegations being circulated about seminarian activities in Maynooth, including that some had been using a gay dating app.

Catholic Archbishop of Dublin Dr Diarmuid Martin is to cease sending trainee priests from the diocese to the college because of a worrying “atmosphere” at the national seminary.

The college administration said it shared “the concern” of Archbishop Martin about the “poisonous atmosphere”, created by anonymous correspondence and blogs. It encouraged people “with specific concerns to report them appropriately”.

Anonymous correspondence “did not allege misbehaviour by any staff member” at the college, it said in a statement.

A former Maynooth seminarian has in recent days made a complaint to the Garda in Dublin about alleged sexual harassment at the college between 2007 and 2009.

In relation to that case, the college said an “independent panel did not find any prima facie case to be answered”.

The statement said it was “not true that seminarians are prohibited from reporting misbehaviour or concerns”.

It said the only confidentiality agreements seminarians were asked to sign were those which, “in line with best practice, allows college formation personnel to report matters of safeguarding or risk of self-harm to the appropriate civil authorities”.

It also said that “seminarians on registering are asked to sign an undertaking to abide by the Seminary Rule and recognise the responsibility of their bishop and the seminary formation team to assess their suitability for priesthood”.

It said that “seminary reports issued twice yearly are in all cases viewed, discussed and signed-off on by students before they are communicated to their bishops”.

It said “formation for the priesthood is a demanding and challenging enterprise”. It was being asked about six seminarians who were advised last year to take time out as it was claimed they were too theologically rigid.

“Students can be asked to take more time for discernment for a wide range of reasons. St Patrick’s College strives to provide a truly wholesome priestly training, closely referencing the ‘four pillars’ of spiritual, intellectual, pastoral and human formation,” it said.

A seminarian’s suitability for priesthood was “never assessed solely on the narrow criteria of whether he holds conservative or liberal views”, it said.

The statement welcomed trustee Archbishop Martin’s “more detailed comments in his RTÉ radio interview” today “ about the college as a place for theological and priestly formation”.

Dr Martin said today he was “unhappy” about the “quarrelsome” attitude from anonymous allegations on blogs. He said authorities in Maynooth had to find ways for people to come forward with evidence to follow up allegations.

The college said staff had “regular review meetings with all the bishops and trustees who have students in the college, including Archbishop Martin. In addition, the president frequently reports to the trustees about the life of the college.”

Seminary staff would “continue the process of structural reform and quality assurance already under way, in collaboration with the Trustees and other bishops”, it said.

As to what it was proposed to do to address the current controversy, the statement said it “has been investigated and a report presented to the trustees”.

“The college will be reviewing current policies and procedures with a view to enhancing structures for reporting concerns or/and misbehaviour so as to discourage recourse to anonymous correspondence while taking care to ensure due process and justice.”

The college administration would “continue to work with the Trustees in addressing this matter”, it said.