Is the Association of Catholic Priests slipping back into clericalism?

Has it begun ‘to defend the indefensible’? 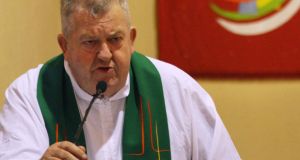 The revelation in 1992 that an Irish Catholic bishop had fathered a child didn’t look then like the onset of two decades of PR winter for Catholic clergy here.

The bleakness of that winter had far more to do with revelations from 1994 that Catholic bishops could be deeply derelict in their duty of care to Catholic children.

In 2003, we learned that Irish bishops had begun insuring their church’s financial assets against liability for clerical child sex abuse in 1987 – eight years before they began taking steps to protect the children themselves. This looked like midnight.

The Ferns report of 2005 confirmed the darkest fact: at least some Irish bishops had “placed the interest of the church ahead of children”.

For the Dublin archdiocese, 2009 was darker still: the Murphy report’s revelation of the scale of child abuse there to 2004, even beyond 1994 – and of the decades of administrative concealment that had enabled so much of it – baffled all comprehension.

Catholic clergy had always claimed to know all there was to know about sexual sin. It was impossible for most lay people to fathom the fact that the “learning curve” of the same clergy had never risen to the challenge of clerical child sex abuse, or even of grasping the scale of suffering it caused.

The formation of the Irish Association of Catholic Priests (ACP) in 2010 came as a welcome glimpse of a distant dawn. So did the association’s evocation of the spirit of Vatican II – that 1960s glimmering of relevance for the church.

The ACP proved its potential in 2011 by financing the legal defence of Fr Kevin Reynolds, victim of an overstepping of all fairness in reckless media pursuit of yet more clerical scandal. Fr Reynolds’s forgiving vindication highlighted another strand in the tapestry of Irish Catholic ministry: brave service in adversity. In 2012 the ACP’s existence was further justified by the censoring of some of its most outspoken members by the church’s farcically unjust “temple police” – the Vatican Congregation for the Doctrine of the Faith. Aimed at deflecting blame for Catholic sexual scandal from its major complicating cause – the papacy’s failure to develop a titter of wit on sexuality – that move consolidated the ACP’s hold on the support of Vatican II-oriented Catholics in Ireland.

An event called “Towards an Assembly of the Catholic Church” was attended by more than 1,000 in Dublin in May 2012. Since then, however, the ACP has faltered – despite the onset in March 2013 of a warmer Roman policy on some of the very sexual issues that underlie the Irish disaster.

Last October it made far too much fuss about a critical legal review by retired Hong Kong judge Fergal Sweeney of the Murphy report, which it had commissioned. The ACP’s denial that this was an attempt at minimisation was followed by Fr Pádraig McCarthy’s jaundiced look at the report in his book Unheard Story.

All of this led one gung-ho clerical contributor to the ACP website to assert that the whole Murphy report could probably be “deconstructed”. There was no decisive rejection of that troubling option by the ACP leadership.

A further misstep came in March 2014 when the same leadership called for the restoration to ministry of priests who had made an early-career “mistake” in relating to teenagers. This euphemism for child sex abuse provoked a storm.

More recently, a challenge to clarify its policy on the boundaries to be advised for clergy in relation to young adults (provoked by a sweeping defence of the deeply troubling career of Fr Michael Cleary on the ACP website) has so far received no response.

Can the ACP part company with a clericalism that exploited the vulnerability of those for whom clergy had a duty of care? Can it build a durable alliance with lay people who have had a surfeit of high-level clerical double standards?

We must wait and see.

Seán O’Conaill is a retired teacher of history and a member of Catholic survivor support organisation Voice of the Faithful. He comments at www.seanoconaill.com