Majority of the 53 rape survivors went on to give birth and parent their child, says network 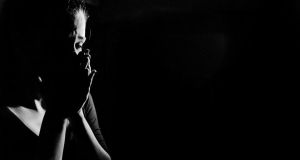 The Rape Crisis Network of Ireland says a majority (40 per cent) of the 53 rape survivors went on to give birth and parent their child.

The remainder either opted for an abortion (26 per cent), miscarried (23 per cent) or placed their child in care or up for adoption (11 per cent). In many cases, survivors only came forward years after the incident occurred.

The figures are contained in the network’s statistics report for 2014 and come as debate continues over the State’s abortion laws which criminalise terminations, except where to continue a pregnancy would result in death.

Overall, the network says more than 18,000 people contacted its helpline last year and almost 2,000 people took up offers of counselling and support.

But it expressed serious concern that funding cuts may threaten the future of the wider support service.

Dr Cliona Saidléar, the network’s acting director, said safe spaces for survivors and advocacy services were at risk of being “curtailed, confined and silenced” under the guise of rationalisation.

“Survivors’ right to access support without pressure to report to the authorities is at issue,” she said.

But the Child and Family Agency today said that while funding has been withdrawn for the network, it will continue to fund the work of the 14 rape crisis centres.

"Funding to organisations providing direct counselling and support services to those who have experienced sexual violence was €4 million in 2014. This level of funding has been maintained in 2015. Moreover, we will be making an additional investment of €500,000 in dedicated resources as part its reponse to issue of sexual violence."

The decision to cease this funding, it said, was dictated by the need to achieve the best possible use of limited available resources. The network, it added, did not provide direct services to victims.

The network’s latest figures confirm that the majority of survivors of sexual violence still do not report to any formal authority.

Last year, only 33 per cent of survivors who attended one of the 14 rape crisis centres across the State reported sexual violence to the gardaí.

Many survivors also waited years before seeking support. Last year, most adults made contact with the network five years after the incident occurred.

For those abused as children, the gap in time before seeking support was, on average, 26 years.

The network’s data and services information manager Elaine Mears said the fact that most survivors do not contact authorities meant its statistics were crucial in building a picture of sexual violence in Ireland.

“We now have a highly developed and internationally recognised data collection system which continues to give a powerful voice to survivor stories,” she said.

“ We call on government to fund the system as a matter of urgency as this system which cannot be replicated by the State, is currently at risk.”

But the Child and Family Agency said the network's database was not a comprehensive dataset of all sexual violence support services.

"Data from the two largest services, Dublin and Cork, was not included in the dataset. In addition, we did not always have timely access to the data collected, which is essential to support the delivery of high quality services," it said in a statement.

Fred McBridge, the agency's chief operations officer, added that it was devloping a "comprehensive and coordinated approach to service provision and collecting high quality data ".

Life satisfaction lower during lockdown than economic crash, CSO study finds 11:29
Astronaut Chris Hadfield offers to ‘talk space’ with Adam from the Toy Show 11:10
Man dies after part of a building collapses in Tralee 10:57
Man arrested over murder of mother and her two children 10:02
Man in his 60s dies in Co Roscommon house fire 09:05