The Vote With Us campaign has created a comprehensive archive of videos made by ordinary voters and well-known public figures in which they outline their reasons for supporting a yes vote in the referendum which will take place on May 22nd.

Yes Equality, a civil society group campaigning for the marriage equality referendum, was launched at a rally in Dublin on Monday. Video: Enda O' Dowd 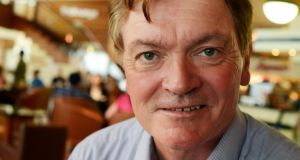 Fr Iggy O’Donovan: “It is possible to have deep and passionately-held convictions without seeking to have those convictions imposed by the State on fellow citizens who do not share them.” Photograph: Cyril Byrne.

A Catholic priest has called for a Yes vote in the marriage equality referendum in May on the grounds of “respect for the freedom of others who differ from us”. Limerick-based Augustinian priest Fr Iggy O’Donovan, writing in today’s Irish Times, recalls the gospel passage where Jesus “tells us to give to Caesar what is Caesar’s and to God what is God’s”.

When people vote, “we are giving to Caesar what is Caesar’s. In a democracy, Caesar is the people”. Churches, he says, “have views, ideals and laws about the family, and they quite properly teach their members about those views. . . But when we become legislators, as we do when we vote in referendums, we legislate as citizens for all our fellow citizens.”

He concludes that “respect for the freedom of others who differ from us is part and parcel of the faith we profess. For these and for other reasons I will be voting Yes”.

Fr Brendan Hoban, of the Association of Catholic Priests, had asked recently whether “the bishops, Iona [Institute] and the hardline fundamentalists [had] any idea of the damage they’re doing to the church” by their stance on the referendum.

“A positive result for ‘Catholic’ forces [a No vote in the referendum] could do huge damage to the Irish Catholic Church, ” he said. “Can someone in authority not say that Catholics follow their own teaching but that legislators have to legislate?”