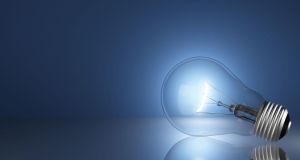 An annual increase in energy bills by over €500 in the past three years has “effectively wiped out” the value of the winter fuel allowance, the Society of St Vincent de Paul (SVP) said today.

The winter fuel allowance for 2013/2014 will begin to be paid from Monday.

The charity was struck by how much money it has been spending helping people with energy bills in the past three or four years, head of social policy with the SVP John Mark McCafferty said today.

“We didn’t see ourselves as energy related charity until quite recently,” he he told RTÉ Radio. The constant rise in prices in gas and electricity in the last three years “now cancels out the fuel allowance for those who are eligible”.

The charity pointed to the impact of the cumulative rises in gas and electricity prices rather than recent small rises.

“Within three years the value of the €20 per week fuel allowance for 26 weeks is failing to cover energy price rises, leaving households who were already struggling to pay their fuel bills at a loss,” said Brendan Hennessy of the charity’s social justice team.

The charity has been working with energy companies to promote the use of pay as you go meters. Customers using Bord Gáis gas meters or ESB networks for electricity were “not at a disadvantage of unit cost as a result”, Mr McCafferty said.

This gives “control and power back to the consumer” particularly those on low incomes for whom “every euro counts”, he said. It is “not a more expensive option” if going for Bord Gáis or ESB meters rather than some other prepaid meters.

The SVP made a pre-budget submission to Minister for Social Protection Joan Burton last week and is urging her not to introduce any more cuts and to protect social welfare, he said. It is also set specific targets for Government to make energy more affordable.