Almost 19,700 disclosures of domestic violence to charity in 2013 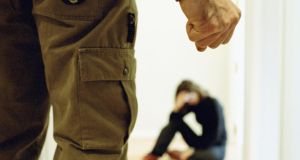 Three-quarters of abusers were male intimate partners, with 57 per cent current husbands or partners

Speaking at the launch of the charity’s annual report, director Margaret Martin said the courts system was not properly resourced and women should have access to emergency protection orders at the weekend.

The report found there were almost 19,700 disclosures of domestic violence to the charity in 2013, including through its helpline and one- to-one support services. And 3,200 of the disclosures were of direct child abuse.

Three-quarters of abusers were male intimate partners, with 57 per cent current husbands or partners and 17 per cent ex-husbands or ex-partners. Forms of abuse included emotional, physical, sexual and financial.

Ms Martin said emotional abuse, which includes coercive control, was the most hidden form but its impact was highly effective.

“Coercive control makes shadows of the most intelligent, independent women,” she said.

She said the charity had been 40 years in Ireland and while progress had been made, it had taken that time to achieve a third of the required refuge spaces.

“I am wondering will it take another 80 years to achieve the other two- thirds,” she said.

Ms Martin highlighted European Union research that found Ireland had the highest rate of all EU countries for not meeting women’s needs when they sought assistance after the most serious incident of violence by a partner. She said as a society we needed to be asking how we can help protect women and children instead of asking: “Why doesn’t she leave?”

Also at the launch, family law solicitor and chairwoman of the charity Ursula Regan said Dolphin House, where the Dublin District Family Court sits, is “overcrowded”, “unworkable” and has lists of cases that are “unmanageable”.

Family law in Tallaght and Dún Laoghaire had been transferred to the city-centre court, she said, making the situation very difficult: “Dolphin House is a singularly important court and it is going to grind to a full stop.”

Ireland now had excellent legislation to deal with domestic violence, Ms Regan said, but there was “a complete lack of concern and political will to follow through on the legislation”.