Agricultural greenhouse emissions ‘may be underestimated’ 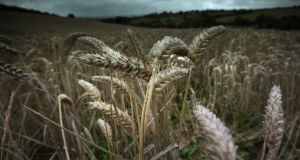 Land use research has shown Ireland may be underestimating agricultural greenhouse gas emissions.

The finding may require a change in the way data is collected in order to provide a more accurate picture of how agriculture contributes to greenhouse gas release.

The under-reporting is due to the way data is assembled on land use, said Dr Jesko Zimmermann, a research fellow in botany in Trinity College Dublin’s School of Natural Sciences.

Lands used for crops cause the release of more carbon sources than grasslands, which sequester carbon, he said.

It is therefore valuable to know how lands are changed from grass to crops and back to grass when looking at carbon release.

He found that data collected on land use in a given year was assumed to remain the same for a number of years afterwards. Closer scrutiny showed that these historic records concealed a greater level of changed land use than assumed.

“The idea is not the actual annual amount, it is the history that is lost in the reporting,” Dr Zimmermann said. “Every year the amount of cropland is dissimilar to the previous year.”

They found the acreage of land used for crops was underestimated by 45.7 per cent.

“If you don’t know the land use history then you lose the lands that should be reported as cropland. So you have under-reporting basically,” Dr Zimmermann said.

He believes current greenhouse gas inventory methods should be adjusted to take account of the high level of changed land use typical in Ireland.

The actual level of underestimation represents a small amount of carbon release from lands generally, said Phillip O’Brien, an EPA research fellow who took part in the study, published in the journal Land Use Policy.

“There are other aspects of land use that have a bigger impact on our numbers, for example draining lands, particularly draining for peat recovery. This has a much greater impact on our inventory numbers,” Mr O’Brien said.