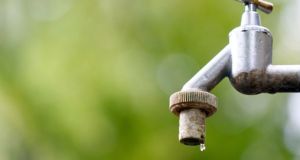 The total cost of the water conservation grant has been over €94 million, the Department of Social Protection has said.

The total cost of the water conservation grant has been over €94 million, the Department of Social Protection has said.

Figures released to Fianna Fail TD Barry Cowen show 887,010 householders – slightly more than half of those eligible - have claimed their €100 grant and a small number of others are still being processed.

It said: “The Water Conservation Grant is a key element of the Government’s drive to promote conservation and more sustainable use of water services in the home. Regulations will be made in due course under Section 5 of the Water Services Act 2014 to set down the particulars of the 2016 grant scheme including the application process and eligibility criteria.

“On the basis of the administration of the 2015 grant scheme, a figure of €110 million has been provided for the 2016 grant scheme in the 2016 Revised Estimates for Public Services.”

The least number of householder claims was in Longford followed by Carlow. The most claims came from Dublin.

Mr Cowen said this was money that could have been invested in water infrastructure.

He said: “The payment is nothing short of a gimmick and it is a petty attempt at buying off the public in exchange for people ignoring the Government’s mishandling of water charges. Unfortunately it is clear that the Irish public will not be as forgiving as he perhaps first anticipated.”

Up to 1.6 million householders were eligible for the grant showing more a significant portion did not claim the grant from the Government.