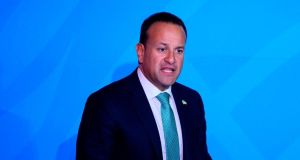 Taoiseach Leo Varadkar has raised the prospect of some income tax cuts in the budget, just weeks after his Minister for Finance Paschal Donohoe appeared to rule out cuts due to concerns about Brexit.

Though Mr Varadkar said any cuts to personal taxation would not be as substantial as recent years he said: “We’re looking at a number of things, certainly around income taxes.”

He added that there were “lots of different ways to put money back in people’s pockets”.

“This budget will have a minimal tax package,” Mr Varadkar told reporters in Los Angeles where he was opening a new Irish consulate.

“There will be some tax reductions but they won’t be like the last three years. There will be a modest welfare package, but not on the scale of the last three years. But what that means is that we can then use that money – if you like, saving from not having tax cuts, not having substantial welfare increases – to give us the money we need to protect jobs in the event of no deal.

“We know that there will be further reductions in Dirt tax on people’s savings. That’s already been pencilled in, and we’re also looking at how we might help out on cost-of-living measures. There are lots of different ways to put money back in people’s pockets, pay increases are provided for in the budget – €400 million in pay increases for public servants.”

Mr Varadkar’s comments suggest at least a difference in emphasis from the Minister for Finance.

Two weeks ago, Mr Donohoe told reporters that while people might argue there was a “case and a need for further personal tax reductions before Brexit . . . I’m not going to do that, I am going to make a set of very safe choices in relation to taxation”.

He added: “For example, I will have to make changes in our personal tax code to deal with a potential change in the minimum wage. They are the kind of changes I want to ensure that I make but my priority is going to be making our national finances as robust as possible.”

Following Mr Varadkar’s comments on Thursday, a senior Government source played down any differences between the the Taoiseach and Mr Donohoe.