Harry McGee: Effective inquiry would require new legislation on both sides of Border 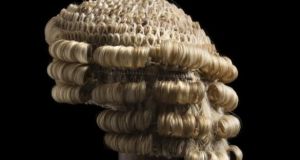 In the Republic, only two forms of inquiries have the power to oblige witnesses to attend. The first are tribunals of inquiry, the second are commissions of investigation. File photograph: Getty Images

There has been a certain lack of conviction in the calls for an all-Ireland inquiry into Nama’s controversial sale of the Project Eagle portfolio.

That’s because it’s not a runner, according to lawyers and politicians. Such a “commission” or “investigation” would have no more teeth than a parish council inquiry into missing biscuits.

A non-statutory inquiry would be possible but this would have no powers to speak of. In particular, there would be no powers of compellability on either side of the border.

In the Republic, only two forms of inquiries have the power to oblige witnesses to attend. The first are tribunals of inquiry, now largely discredited because of the grotesque cost and inordinate length.

The second are commissions of investigation, which were introduced by Michael McDowell when he was minister for justice in 2005.

These have now become the standard mechanism for the most grave and urgent inquiries in this jurisdiction, even though most of their proceedings are heard in private rather than in public.

There have been some signal successes, such as the Nyberg Report into the banking and financial collapse, but others have had mixed outcomes.

“If inquiries are not statutory they have very limited powers,” said one senior legal figure with expertise in this area.

“It’s not at all easy to see how a cross-jurisdictional inquiry could take place without legislation on both sides of the Border.”

Such legislation would take at least three months of very careful drafting and would be difficult to graft into both systems. Asked what difficulties there would be, the legal source said they would be “legion”.

“You would need a good three good months to draft the legislation, to think about it and get it right. Hurried legislation is going to end up in catastrophe and court challenges,” the legal source said.

Another complication would be if the inquiry were to be held at the same time as a criminal investigation.In some parliamentary inquiries, modules were removed from terms of reference to avoid prejudicing criminal trials. However, those excisions removed a large part of the reason for holding the inquiry in the first place.

The only practicable solution would be parallel inquiries on both sides of the border with similar terms of reference and with similar powers to compel and question witnesses.

Perhaps the best example of that were the inquiries that stemmed from the investigations by Canadian judge Peter Cory into alleged collusion between paramilitaries and the security forces.

Several inquiries took place in the North, while a tribunal of inquiry was established, chaired by Judge Peter Smithwick, in the Republic.

But then, it had no powers to compel witnesses who lived North of the Border, although some appeared voluntarily. Like all tribunals, it was also criticised for the length of time it took and its costs.

Sinn Féin and the SDLP are advocates of an all-island approach but it seems that both are cognisant of the political and legal realities.

Yesterday Sinn Féin leader Gerry Adams said: “I would urge the maximum co-operation between the governments and statutory agencies and others, North and South, to get to the truth of this matter.”

A party spokesman said the “mechanics” were secondary to the idea that authorities on both sides of the border work together to establish the full facts of what happened during the deal.