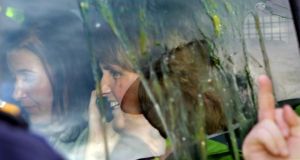 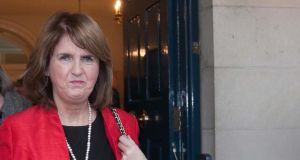 The tens of thousands of people who turned out in peaceful protests across the State over recent weeks have much to be proud of.

They appear to have forced the Government to backtrack on excessive water charges and drop invasive plans to use PPS numbers. They have exposed plans that could lead to the privatisation of water.

However, some of the protesters who assembled at Jobstown, Tallaght on Saturday have managed the impossible.

They have won public sympathy for Tánaiste Joan Burton at a time when the Government is floundering in a sea of ineptitude and controversy.

That’s what happens when a mob calls the deputy leader of the State a “c**t”, spits at her entourage, flings a range of missiles – including a brick – and attempts to overturn her car, all the while chanting “peaceful protest”.

The setting was a graduation ceremony at An Cosán, a local community group that has provided second-chance education to thousands of people in the local areas for the past 25 years or more.

Graduates and their families had gathered to celebrate a considerable achievement. It should have been the proudest of days. But an air of menace, intimidation and mob rule overshadowed the event.

Video footage shows Burton surrounded later by dozens of chanting protesters, who used placards to bang on the vehicle, and being struck in the face by an unidentified object.

Paul Murphy, the newly elected Socialist TD, can be seen in the crowd with a loudhailer leading the chanting.

His insistence yesterday on calling the event a “peaceful protest” – even in the face of extensive video footage which shows otherwise from some of the others present – has the Orwellian chill of doublespeak about it.

Murphy denies that protesters tried to overturn the ministerial car and said that a small number of young men, who were initially not involved in the anti-water charge protest, were responsible for eggs being thrown.

“All protesters behaved in a peaceful manner,” he said.

What he fails to recognise is the consequences if a mob descends into a frenzy.

In essence, Saturday’s protest wasn’t even about water charges. It was about which political grouping gets to takes ownership of the opposition to the tax.

Murphy’s election owes much to outflanking Sinn Féin on the water charges issue and highlights the fact that some of the party’s TDs were going to pay the charges.

Sinn Féin responded by reversing its position and, last week, staging a sit-in protest in the Dáil.

The weekend’s protest seemed to have upped the ante even further.

Murphy and his supporters should recognise that genuinely peaceful protest works. And that the vast majority of Irish people have no time for violence and intimidation.

Murphy’s description of the protest as peaceful crossed a line at the weekend.

He damaged the very campaign that he is seeking to progress.

The fact that he can’t even see that is even more disturbing.