Claim that €16,950 paid to local representatives does not compensate for work they do 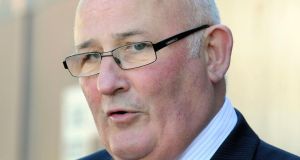 “Taking the average payment made to councillors; to say we are treating local elected representatives in a shabby way is an understatement,’’ he said.

Mr Craughwell told the Seanad councillors get a representational payment of €16,950. The Government deducts PRSI from this, for which they receive no benefit, and also takes a pension levy even though they get no pension, and USC (universal social charge) although the payment was not considered a salary.

“To add insult to injury, the representation payment made to councillors no longer compensates them for the responsibility they take on and the extent of the work they do,’’ he said.

Mr Craughwell said the local government landscape had undergone historic change, with the amalgamation of some city and county councils, the creation of new municipal districts, new regional assemblies, the setting up of local community development committees, and enterprise and development strategic policy committees.

Electoral areas were now very large, with fewer councillors to do the work, he said.

Minister of State for the Environment Ann Phelan said councillors could be financially disadvantaged in representing citizens, particularly where they had to take time off their full-time jobs.

A range of financial supports were in place to help them in their work, she said. Those included the annual representational – payment of over €16,000 – which was set at 25 per cent of a Senator’s salary.

Ms Phelan said the payment was not, and never meant to be, a salary.

She said she had no doubt the workload of local authority members would be considered as part of the review of new local government structures.

Consultants appointed for initial designs for Cork Luas 16:08
Second Midlands GAA club shuts down activity after outbreak among players 15:55
Coronavirus: NPHET meets amid growing coronavirus cases in Kildare, Laois and Offaly 15:38
Reopening of schools in many EU countries has not led to Covid-19 increase, ECDC report finds 13:28
End of eviction ban will make it harder to find rentals outside Dublin, Simon Community says 09:57

1 Coronavirus: NPHET meets amid growing coronavirus cases in Kildare, Laois and Offaly
2 Officials refuse to rule out ‘Midlands lockdown’ following Covid-19 surge
3 Masks Q&A: Who has to wear them in shops and what happens if you don’t?
4 Reopening of schools in many EU countries has not led to Covid-19 increase, ECDC report finds
5 Ireland's 'R number' of almost 2 a 'serious concern' as number of new cases jumps
Real news has value SUBSCRIBE