National debt and its servicing still weigh heavily on State 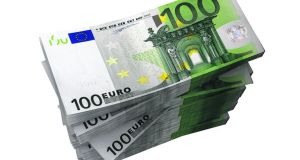 The budget two days ago brought an end to years of relentless fiscal retrenchment, with modest income tax cuts and a small rise in expenditure. But as recovery gathers pace, the State is still saddled with the legacy of the crash in the form of an enormous national debt.

The figures are very big indeed. They point to a rise of some €160 billion in the totality of Ireland’s general government debt since 2006, the year before the banking credit crunch which heralded the global crisis. More than €64 billion went into the banks, and only a small portion has been clawed back.

The bulk of increased borrowing, however, was taken on to meet the costs of running the State day by day.

In his budget speech, Minister for Finance Michael Noonan made a point of saying that the high level of cash the Government currently holds and other financial assets it retains mean that the net debt forecast for the end of 2014 is just below 91 per cent of GDP. 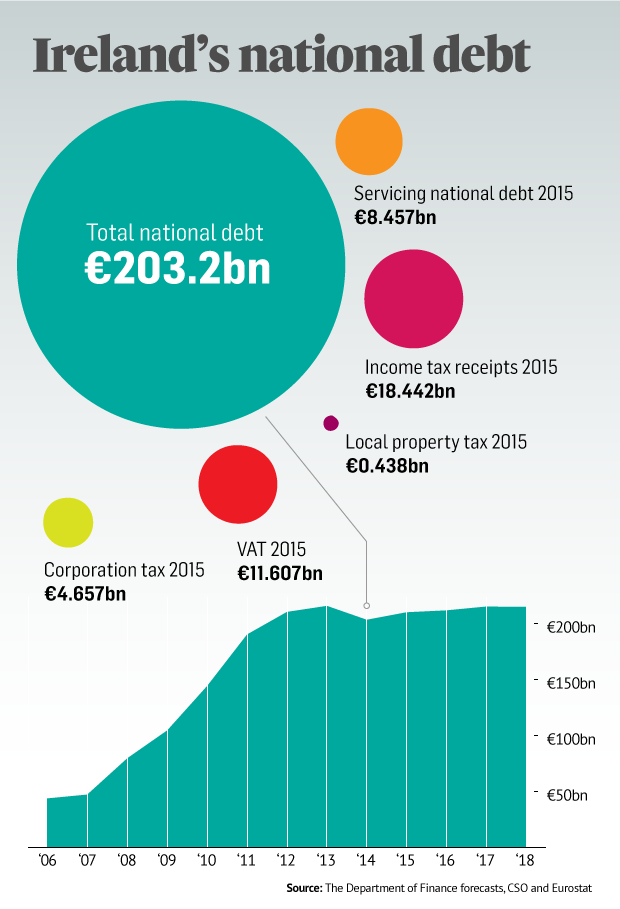 In short, the Government resolved to hold a 15-month cash reserve to guard against any sudden loss of market confidence after it left the EU-International Monetary Fund bailout almost one year ago. The euro zone norm is to hold only a three- or six-month reserve. So there is scope for the Government to cut the cash it has to hand by some €10 billion, thereby reducing the debt by that amount.

The financial assets Noonan referred to in his speech are those of the National Pension Reserve Fund and the Irish Bank Resolution Corporation, the former Anglo Irish Bank which is in special liquidation. They do not include the Government’s shares in Allied Irish Banks, almost wholly owned by the State, and its 15 per cent stake in Bank of Ireland.

Whenever it happens, the proceeds of selling the remaining stake in Bank of Ireland could also be used to pay down debt.

Yet in spite of the improving prospects for Ireland’s economy, the Government does not expect to raise sufficient tax revenue to meet all expected obligations until 2018.

Budget deficits will be run until then, meaning the authorities will have to borrow more until they match incoming revenues with outgoing payments. This year, however, for the first time since 2007, the Government will balance the books when excluding the cost of servicing the debt. The achievement of this primary surplus, as it is known, marks a key point in the long process of repairing the national finances.

Although the ongoing borrowing levels are significant, they are declining in the main. The exchequer borrowing requirement this year is €7.9 billion, and a further €6.5 billion will be required in 2015. This is scheduled to drop to €3.2 billion in 2016 but rise again to €3.9 billion in 2017 before an expected €500 million surplus in 2018.

The net point remains that Ireland’s borrowing rate is still quite large and so too is the level of expenditure on the interest on the debt.