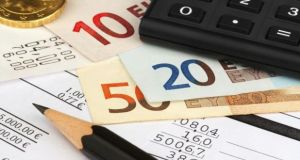 The debate on developing states had moved from overseas development aid to international tax policies in the past ten years.

The United Nations special rapporteur on extreme poverty and human rights has criticised Irish tax policies which have had a negative impact on poorer and developing countries.

Professor Philip Alston has said loopholes and schemes introduced by successive governments have essentially allowed multinational companies take the profits from their operations in developing countries and “launder” them paying absolutely minimal tax.

He also said that the schemes like the Double Irish as well as the perception that Ireland was a tax haven was doing reputational damage to the State.

“Both the ‘Double Irish’ and the knowledge innovations box which is set to replace, these are obviously efforts to undermine international minimum standards

“The benefit to Ireland is not particularly clear from these additional elements. But they do cost a lot to a whole range of countries whose companies transfer their profits to Ireland. It’s a beggar thy neighbour policy,” he said.

Prof Alston was speaking ahead of a conference on Irish taxation policy and its impact on developing countries. He is the keynote speaker of the conference, organised by Christian Aid, which will also feature Minister of State for Finance Simon Harris; Ben Dickinson, head of the tax and development unit at the OECD; and Christian Aid’s head of advocacy Sorley McCaughey.

The conference will also feature the Department of Finance’s first spillover analysis report – which will examine the impact such policies have on the developing world.

Prof Alston said that the debate on developing states had moved from overseas development aid to international tax policies in the past 10 years, and how tax policies of northern countries undermined the prospects of poorer countries in the south.

He said Ireland insisted it was not a tax haven but the evidence and commentary pointed otherwise. He distinguished between the 12.5 per cent corporation tax, which he said was transparent and a legitimate competitive policy, and what he described as “loopholes designed to facilitate aggressive tax avoidance by large corporations”.

He said the knowledge box which will replace the Double Irish “looks like a rerun of attempts to set up loopholes to replace the ones that are being closed”.

“Successive Irish governments have succeeded in creating this belief in Irish society that low tax profiles have been indispensable to the Irish economy over 25 years.

“It cannot remain an undifferentiated recipe. There needs to be serious scrutiny and full transparency.”

Mr McCaughey said the spill over analysis, while welcome, did not seem to have gone to the depth and detail which Christian Aid would have liked.