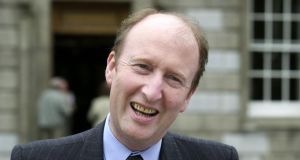 Shane Ross: ‘There is absolutely no doubt that what is in the charter is the only thing that matters in the negotiations for government.’ Photograph: Cyril Byrne

He said the alliance would prioritise its charter of principles – which include commitments on tackling cronyism and supporting rural Ireland – in any post-election government negotiations over constituency deals.

“There is absolutely no doubt that what is in the charter is the only thing that matters in the negotiations for government,” said Mr Ross, who is standing in Dublin South. “We have said ourselves: we are not interested in pork barrel politics.” Pork barrel politics is also known as parish pump politics.