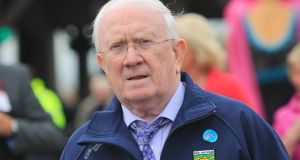 Colloquially known as the Malin-M50, Midlands North West is a huge and sprawling constituency taking in 15 counties in three provinces. It is an amalgam of the old Connacht-Ulster with half of Leinster, from Kildare, Laois and Offaly northwards.

Fourteen candidates are vying for four seats, and there are four outgoing MEPs in the constituency, which is so big it takes at least five hours to drive from one end of the constituency to the other.

One thing that is strange here, as it is in South, is the strong geographical bias – a huge cluster of candidates in the old Connacht-Ulster part of the constituency with comparatively few in the heavily populated Leinster side.

Because it is a new constituency, the 2009 results cannot really act as any kind of a yardstick.

However there have been the invariable shifts in public sentiment since then, captured in a fuzzy and unfocused way by opinion polls. The pendulum has very much swung in the direction of Sinn Féin.

The party has seven TDs in the constituency and there’s no doubt that its level of support has increased since the general election.

Matt Carthy looks a banker and may even top the poll as he is his party’s only candidate. An experienced councillor despite his relative youth, he has also served as mayor of Monaghan.

His only potential pitfall is that he can be prone to firebrand outbursts. He wouldn’t be alone in Sinn Féin on that count.

Fine Gael is guaranteed one seat and its destination is no surprise. Mairéad McGuinness has the same cachet as Brian Crowley in this constituency (she is what Fine Gael loves, a bona fide TV “personality”), and should have little difficulty winning a third term. Her running mate Jim Higgins, also an MEP since 2004, will struggle.

Fine Gael just does not have two quotas in this mammoth constituency.

Early polls suggested one Fine Gael, one Sinn Féin and one Independent seat, with the last one a dogfight between Fianna Fáil, Independents and Fine Gael.

Fianna Fáil should get close to a quota but its strategy of running two strong candidates, Pat “the Cope” Gallagher and Thomas Byrne, may backfire.

Gallagher warned of this possibility before Byrne’s selection, saying that if they end up close to each other, they could effectively cancel each other out and finish fifth and sixth. Early polls, imprecise as they are, have raised this as a possibility.

If both struggle to get into double digits (and with the way transfers leak to other parties), Fianna Fáil could find itself in trouble. The party has thrown a lot of resources in here in recent days in an effort to shore up its campaign.

A loss here would be a disaster, especially with Marty Fitzpatrick looking a long shot to take the third Dublin seat.

This isn’t exactly Labour heartland, but on the 2011 figures, its strength in constituencies close to Dublin put the party close to winning a seat. That, however, isn’t going to happen. The party’s stock has fallen since then and its candidate, Lorraine Higgins, although very capable, will do well to get into double digits.

In the old North-West constituency, Independent candidates garnered 40 per cent of the vote in 2009, when the quota was 25 per cent. There is more than a remote possibility of two seats here for nonparty candidates and the redoubtable Luke Ming Flanagan – with an anti-establishment and anti-European Union message – cannot be discounted.

He will either put pressure on Marian Harkin, who has a solid base, or on one of the Fianna Fáil candidates. He could very well be the fly in the ointment of the predictable precampaign predictions of one Fine Gael, one Fianna Fáil, one Sinn Féin and one Independent.

Rónán Mullen will garner sizeable support from socially conservative voters, but it is unlikely that he will be in the mix. However, his transfers could have a decisive bearing on the ultimate outcome of this contest.

Issues: Traditional EU issues like agriculture and fisheries. Others are EirGrid’s pylon project, water and property taxes and residual feelings on the three-year loss of sovereignty and the bailout programme. The latter issues are cropping up on doorsteps in the commuter counties.

Like in other constituencies, there are far more candidates who are espousing Eurosceptic views. It forms part of a wider debate that is beginning about the State’s relationship with the EU and the sense that the European Union was unquestioningly accepted as a good thing for too long.