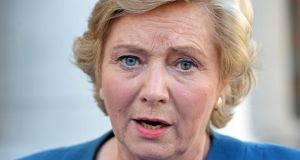 The Government approved the Children and Family Relationships Bill when it met on Tuesday, according to Minister for Justice Frances Fitzgerald.

Taoiseach Enda Kenny earlier described the Bill as the most important change in family legislation in the history of the State.

The Bill has been the subject of intensive work at political and official level for the past five months but the process has been under way for several years.

Among other things, it will provide for adoption by same-sex couples, and is regarded by Government and Opposition parties as an essential component of the campaign to persuade the electorate to vote for same-sex marriage.

The new law will provide legal support and protection for children in their relationships with those parenting them, which may include married or unmarried parents, a parent’s partner, grandparents or relatives.

The Bill also allows grandparents to have more access to children in the event of relationships breaking down.

Summary and provisions of the Bill

“This reform of family law is a major step forward,” the Ms Fitzgerald said in a prepared statement. “It’s a substantial and detailed response to the reality of family life in Ireland today.”

The Bill includes provisions for children being parented by same-sex couples and covers children who have been born through donor assisted human reproduction (AHR).

“This is a major reform of family law which so clearly sets out to vindicate the equal right of every child to the recognition of their families,” Ms Fitzgerald’s statement added.

Mr Kenny said the proposed law was a “really important Bill” when he spoke to reporters on his way into Cabinet.

“It’s the most important change in family legislation since the foundation of the State.”

Work on aspects of the Bill began as long ago as March 2000 when then minister for health and children Micheál Martin established the Commission on Assisted Human Reproduction.

In 2009 the Law Reform Commission began an examination of all the legal issues surrounding guardianship particularly relating the rights of fathers.

In November 2012 former minister for justice Alan Shatter announced he was going to draft the heads of a bill and in January 2014 the general scheme of a Children and Family Relationships Bill was published.