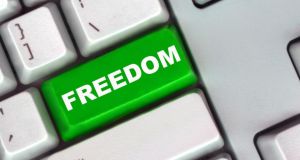 The €15 fee was introduced under amendments to the original Act of 2003.

The Government has decided to abolish upfront fees for Freedom of Information (FoI) requests.

Minister for Public Expenditure and Reform Brendan Howlin said the move would mean the “vast majority” of inquiries would now be free of charge.

Search, retrieval and copying fees will now only apply where more than five hours work would be required.

A cap of €500 is proposed on the total level of FoI fees that can be charged by a public body.

An upper limit of €700 is also provided for above which a public body may refuse to process the request.

“Over the last number of months I have concluded that Ireland’s fees regime for FOI required a radical overhaul,” Mr Howlin said.

“The €15 application fee will be abolished for all FoI requests and the search, retrieval and copying fees will only apply where the preparation time for a request exceeds 5 hours.”

The draft legislation is due to be discussed in the Dáil for the final time on July 16th.

At today’s Cabinet meeting, Mr Howlin brought an amendment to the proposed FoI legislation which advocated scrapping the upfront €15 fee for making a “non-personal” request under the Act.

“The FoI fees measures which I am putting in place restore the balance in relation to FoI fees envisaged in that path-breaking legislation,” he said after the meeting.

“These reforms will allow our citizens access to information on a level par with best practice across the OECD. After all, information and data are the currencies of the new age.”

The Fine Gael/Labour programme for government claimed the previous Fianna Fáil-led administration had “undermined” the FoI legislation and committed the Coalition to restoring the law to its pre-2003 status.

The removal of the application fee is also expected to remove the necessity for so-called “multi-faceted” requests, or requests relating to entirely separate and different issues contained in a single FoI application.

The reduction in application fees for internal reviews and appeals to the Information Commissioner from €150 and €75 to €50 and €30 respectively had been agreed by the Government in July 2012.

The €15 upfront fee was introduced under amendments to the original Act of 2003.

So-called vexatious claims are understood to be covered by other aspects of the legislation.

The revised FoI Bill was brought to Cabinet after renewed criticism of fees when the draft law was at committee stage last November.

Speaking at a conference on FoI in Dublin last March, Mr Howlin said he accepted fees had become the “big ticket item” during debates on the Bill.