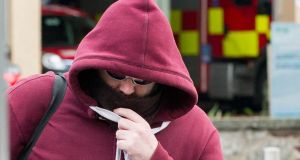 Denis O’Donovan, who was a social worker with Tusla at the time, had pleaded guilty in May to possessing child pornography at his home at Forest Ridge, Doughcloyne, Togher, Cork on March 9th 2017, contrary to the Child Trafficking and Pornography Act when he appeared at Cork Circuit Criminal Court.

Today, Judge Sean O Donnabhain said it was concerning to learn that somebody with O’Donovan’s involvement in child protection could have engaged in viewing such vile images of children.

“This is not a victimless crime and it is worrying that a person with his training and employment would access this material,” said the judge who accepted there was no question of O’Donovan showing the images to any of the children with whom he came in contact through Tusla.

The judge said he also accepted that O Donovan had viewed the images on his home computer and did not access the images while at work. The court heard that O’Donovan had been working with Tusla and the HSE as a social worker in child protection for a number of years,

Det Garda David Noonan of the Garda Protective Services Unit in Cork city had previously told the court gardaí were alerted to the offence by the National Child Exploitation Co-ordination Centre based in Canada. It was this organisation that directed them to the address at Forest Ridge in Doughcloyne.

He said what triggered the centre’s initial interest in that address was the use of a particular messenger app associated with sharing of pictures and images. But he stressed that O’Donovan was not charged with any distribution offence.

He said that gardaí under Insp Noel Madden went to O’Donovan’s home where they seized his computer which was found to contain some 2,350 images and 14 video files featuring child pornography.

Today Det Garda Noonan said 232 images and 14 video files were of the most serious Category 1 designation, while 2,100 images were of Category 2 designation.

Det Garda Noonan said that O’Donovan had denied any wrongdoing when gardaí first called to him and said he was researching child pornography as part of his work with Tusla in their South Lee social department where he said he was part of an anti-pornography group.

“He said he was using it for his work. He was employed by Tusla with the South Lee social work department of the child and family agency and he said he was part of an anti-child pornography group,” said Det Garda Noonan.

“He acknowledged he was in possession of these images. He aligned himself with an anti-child pornography group and described the images as tame, saying each child was not in distress. He said he worked with sexual offenders and paedophiles and was trying to figure them out.

“[Later] he said it started when he was in his 20s. It escalated from looking at children under 17, naked . . . It was always pictures he would have preferred,” Det Garda Noonan told the court.

Defence barrister Sinéad Behan said she wished to correct earlier reports that O’Donovan had been working solely in administration with Tusla and that he had in fact been in contact with children in his role as a social worker at all times save for a period of three to four months.

However she said that in his capacity as a social worker involved in child protection with Tusla, he was part of a social work team led by a team leader and would not have been working alone with any of the children with whom he had dealings.

She said that since the matter came to light, he had gone for counselling with a psychotherapist, Dr Nicholas Banks in Waterford, working with sex abusers, initially on a weekly basis. But more recently once a fortnight and it was felt he had responded well to treatment.

However Ms Behan said that unfortunately O’Donovan’s marriage had collapsed since he was last in court when his wife, Caroline, was very supportive after he had been open with her. But the entire matter had taken a toll on her and he was now living alone in a rented flat.

He said mitigating factors in O’Donovan’s favour included his co-operation with gardaí, guilty plea, the fact he had lost his job, that he had gone for treatment and the fact that Dr Banks assessed him as being at low risk of reoffending and that he has no previous convictions.

However, he had to take account of a recent Court of Appeal judgment regarding leniency in child-pornography sentencing and he sentenced O’Donovan to three years in jail. But he suspended the final two, leaving him with a year to serve in prison.

Meanwhile, after the sentencing Tusla said: “Tusla – Child and Family Agency – notes the determination of the court in relation to Mr Denis O’Donovan who was previously employed by Tusla as a social worker, working in our children and family services.

“Tusla took immediate action once notified of the seizure of materials. It is very concerning to any organisation that an employee would act in such a way, and given the sensitive nature of the work that the agency does it is particularly concerning. However, the agency does not have control of the unknown actions or behaviours of its employees.”