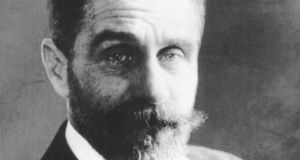 Broadcaster Ryan Tubridy has discovered a letter written by his great-grandmother to Sir Roger Casement thanking him for his support for the poor of Connemara.

Casement described the poverty he witnessed on a visit to Carraroe in Co Galway as the worst he had ever seen, surpassing even the deprivation he witnessed in the Congo basin or among the Putumayo Indians in the Amazon.

“It was the most-miserably situated rural communities that any civilised country holds today,” he wrote in 1913.

He set up a fund to provide a full meal every day for the pupils of Scoil Mhic Dara in Carraroe, Co Galway. The two schoolteachers were Patrick and Jane Tubridy, Ryan Tubridy’s great-grandfather and great-grandmother.

Jane Tubridy wrote to Casement on December 13th, 1913, thanking him for his support.

The letter features in the second episode of Ireland’s Rising which will be broadcast on RTÉ One on Sunday night and looks at events up to and including the Rising in Co Galway.

Though Ryan Tubridy’s maternal grandfather Todd Andrews was a well-known figure in the War of Independence, Mr Tubridy decided instead to focus on his father’s family.

Jane Tubridy expresses regret that Casement would not be there to “see the little ones at their daily feast . . . the conditions you imposed are faithfully carried out, prayers for the donors, grace, a hymn and a conversation in Irish”.

Jane Tubridy asked Casement to pass on her thanks to Emmeline Cadbury, of the chocolate-manufacturing family and noted philanthropist, for her “thoughtful kindness and touching remembrance of our poor Connemara children. No one but an eyewitness can fully realise the depth of their poverty. It is touching in the extreme to see them coming in, many of them half-naked, to partake of the daily meal.”

She goes on to ask Casement if it was possible, with the wishes of the donor, that they could provide from the funds “ a little clothing particularly for winter”.

Ryan Tubridy said he knew nothing about the existence of the letter. “I didn’t realise my great-grandmother had written this letter. Not one member of my family knew about it. We are all intrigued,” he said.

“It really took me aback because, not only was it so articulate and dignified, but it was also unusual for a woman of that time to be writing in such candid and forthright manner.”

Jane Tubridy’s letter shows a growing political awareness of the changing scene in Ireland just after the Irish Volunteers were founded in response to the setting up of the Ulster Volunteer Force.

She is critical of business people and councillors “aping the Anglicised gentry” and hopes the newly formed Volunteers “will shake off its lethargic spirit and become as famous as the volunteers of old”.

She told Casement how she was expected to make “happy English children” of her pupils but was determined to bring them up in a bilingual manner.

Before he was executed for treason in August 1916, Casement wrote to Emmeline Cadbury expressing regret that the Aud, which was carrying a shipment of arms for the Volunteers, was not landed at Carraroe instead of Kerry. The Aud was intercepted by the Royal Navy and its crew scuppered the boat on Good Friday 1916.

Casement wrote: “Emmeline, if only they had landed me at Carraroe, things might have gone differently! They were waiting for me at Carraroe – armed men who would have protected me and hidden me. But the Germans chose instead to land me on an open beach at Tralee.”

Ireland’s Rising is on RTÉ One this Sunday at 8.30pm.