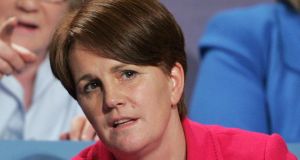 The Northern Assembly has again rejected by a majority vote a Sinn Féin motion calling for the legalisation of same-sex marriage. The DUP had tabled a cross-community petition of concern, which would have nullified the motion even if it were passed. However, the Assembly voted 51-43 against the proposal.

Sinn Féin and SDLP members supported the proposal, while the DUP and Traditional Unionist Voice MLA Jim Allister voted against. Most Ulster Unionists voted against, while two members, Michael Copeland and Danny Kinahan, voted in favour.


Third recent rejection
This was the third time in the past 18 months the Assembly voted on Sinn Féin proposals on same-sex marriage. On all occasions, its motion was rejected by majority vote.

Ahead of the debate, Cardinal Seán Brady and six Catholic bishops with dioceses in Northern Ireland urged Assembly members to reject the Sinn Féin proposal, while the Church of Ireland also reaffirmed its position that marriage was the “permanent and life-long” union of “one man with one woman”.

Amnesty Northern Ireland, ahead of the vote, warned of a “likely legal challenge if Northern Ireland is left as the only part of the UK without marriage rights for same-sex couples”.

The Sinn Féin motion supported “freedom of religion by allowing religious institutions to define, observe and practise marriage according to their beliefs, granting them the freedom whether or not to conduct same-sex marriages”.


Other jurisdictions
Proposing the motion, Sinn Féin MLA Caitríona Ruane said her party advocated the right to social, economic, gender and cultural equality. “We now have marriage equality in South Africa, Belgium, Denmark, France, Iceland, the Netherlands, Norway, Portugal, Spain, Sweden, Argentina, some parts of Mexico and the United States of America, Uruguay, Canada, New Zealand, England and Wales. We will soon have it in the South of Ireland. We will also have it here in the North of Ireland.”

DUP MLA Mervyn Story said marriage was the lifelong commitment between one man and one woman “since the dawn of creation”: “Many Protestants, Roman Catholics, people of other persuasions or of none want no change to the definition of marriage.”


Real people
SDLP member Dominic Bradley said the debate was about real people. “It is about sons, daughters, brothers, sisters, uncles and aunts. It is about people who want to live in a loving, secure, stable and permanent relationship.”