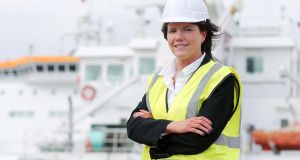 “We are not out of the woods yet,” says Declan Billington, a chief executive in Belfast, reflecting the anxious view of the bulk of the Northern Irish business community, who quake at the prospect of a no-deal Brexit.

Billington, like his colleagues in other Northern Irish business and farming circles, was placing some hope that the Theresa May-Jeremy Corbyn talks would yield a compromise that protected the economy from flat-lining, although the signs from those talks were not good yesterday.

He is boss of one of Northern Ireland’s oldest and biggest companies, Thompsons agrifeeds, which celebrates its 150th anniversary next year, and he is uncomprehending about how the likes of Jacob Rees-Mogg and so many in May’s cabinet are so blasé about and indeed supportive of a no-deal exit from the EU.

Political unionism has come out strongly against the withdrawal agreement because of the backstop designed to avoid a hard border which it says threatens the constitutional integrity of Northern Ireland’s place in the United Kingdom.

The overwhelming body of business in Northern Ireland, whether orange, green or neutral in colour, is certain that Brexit-lite is the only way forward.

There are a few contrary voices, but that is the view from the likes of the Ulster Farmers’ Union, the Confederation of British Industry, the Chamber of Commerce, the Institute of Directors, Manufacturing NI and Retail NI.

The prospect of heavy tariffs for goods coming out of Northern Ireland, together with the huge competition from items heading from the South to the North facing no tariffs, has caused real business anxiety.

Thompsons, which boasts the largest animal feed facility in Europe, has cornered much of the feed market in Northern Ireland and doesn’t want to lose it.

“To me the most important thing is that the farmers in Northern Ireland survive, because they are my customers and without them I don’t survive. The future of our farmers is our future,” says Billington.

Quitting without a deal would give a huge competitive advantage to countries that, he says, apply different standards on several levels, including wages and health.

Billington, who is also vice-chairman of the Northern Ireland Food and Drink Association and its Brexit spokesman, says there is a “big moral question” that the no-dealers should consider.

“That difference in standards gives a competitive advantage to third countries, and that is why they can undercut us,” he says.

“In Europe at every stage of the process we have biosecurity that drives out viruses and bacterial contamination. If we diverge we have a cheap and cheerful model of production but the statistics would imply there is a bigger chance of people getting sick,” he adds.

He favours the withdrawal agreement and continued membership of the EU customs union together with closer alignment with the single market as a path out of the current mess, and one that should make the backstop redundant. It’s a widespread view in Northern Irish business.

The agrifood industry in the North is worth £4.6 billion (€5.34 billion) and employs 25,000 people, many thousands of them from eastern EU countries and from countries outside the EU.

Northern Ireland effectively has full employment and, as Billington explains, another concern is that new legislation will make it difficult to keep bringing in that much-needed labour to keep the agrifood and other industries running.

He says that many such workers are “unsettled” because of the vote to leave, with some fearing they could be deported and others literally having their bags packed in preparation for such an eventuality.

“They absolutely have the right to residency here, deal or no deal, but some don’t feel welcome even though we have tried to make them welcome.”

Storm in a port

Clare Guinness is chief executive of Warrenpoint Port in Co Down, second to Belfast as the largest port in the North. Last year it handled 3.6 million tonnes of cargo, the highest in its history, with the total value of goods moving through surpassing £6.5 billion, also a record for the company.

The arrow is pointing up, and while she would like to keep it that way, there is the worry of no-deal. Chiefly that is because about half of the goods going through the port “either start of or end in the Republic”.

If a no-deal leads to Border tariffs, a lot of that business could dry up. Warrenpoint employs 70 people directly. “If I have less tonnage I would be wondering what those staff are going to be doing,” says Guinness. She is also concerned for the other 200 people working at the harbour and the estimated 1,500 local jobs that port activity sustains.

Guinness is unusual these days in that she has positive things to say about Theresa May. She met the UK prime minister with other Northern Irish business leaders in November. They were in London to rally support for the withdrawal agreement.

“I did not know whether to shake her hand or to hug her,” says Guinness. “She has had a really torrid time and I do admire the woman; I think she has got a very good understanding of the issues here in Northern Ireland.”

As for trying to achieve a degree of consensus in the House of Commons: “I think her job is like herding cats.”

She also believes that continued membership of the customs union with some single market alignment is the way forward. “I think that is a necessity,” she says. “We want to continue to trade frictionlessly and have the open market we have had for years. We don’t want to see any barrier, not on the island of Ireland, nor on the Irish Sea either.”

That position is endorsed by John Healy, president of the Northern Ireland Chamber of Commerce and Industry, which has 1,200 members employing 104,000 people. A deal is required as soon as possible, he says. “At a time when there has never been such chaos in government, firms need to see outcomes, not just more process from government.”

Healy points out how the uncertainty is threatening investment. “We are seeing that the ongoing political noise and drama is having an increasingly negative impact on business growth and investment plans here, with some members understandably holding back on these plans and making big decisions about their futures.”

One businessman happy enough to buck the tendency to steer away from politics is Bill Wolsey, who runs the five-star Merchant Hotel in central Belfast and a string of other hospitality businesses in Northern Ireland.

Wolsey, as head of Beannchor, employs up to 1,100 people in a range of hotels, bars, restaurants and cafes around Northern Ireland.

He was a remainer but can tolerate the withdrawal agreement. He despairs at the position on the backstop adopted by the DUP. His moniker for the party’s Brexit spokesman, “Tsunami” Wilson, illustrates his disillusionment.

More than 300 of his staff are from European Union countries, but because of Brexit uncertainty many of them are heading away to seek work in their own or other EU countries where there will be no doubts about their residency, while other EU nationals who were due to come to work for him are putting their travel plans on hold.

“We have managerial positions that we cannot fill because the hospitality industry has grown very quickly and there is not the depth of talent here to fill those places. Chefs you can hardly get for love nor money,” says the businessman.

“When you have a workforce who are at full capacity, you absolutely need labour from outside Northern Ireland. That is a fact,” he adds.

He is holding on to a spark of optimism that ultimately all will be well. He says he doesn’t want to adopt the Mr Micawber position “as a lot of people seem to be doing” that “something will turn up”, but nonetheless he thinks Theresa May’s deal, with some of the proposed aforementioned alterations, might yet get through as the least-bad option.

Listening to Ivor Ferguson, a sheep and cereal farmer from Markethill, Co Armagh, you would wonder how the farming industry could survive at all in the face of no-deal. He is president of the Ulster Farmers’ Union, which has 11,500 members.

He doesn’t know how farmers voted in the referendum, but estimates have varied from 50-50 to four-to-one for Leave.

He is certain, however, that the majority of farmers favour the withdrawal agreement, even if the backstop contained in it upsets the DUP. That’s because it is abundantly clear that a “no-deal would be absolutely disastrous for us”.

He says there is still major concern that the UK “could fall out without a deal”, so Ferguson remains anxious.

The big worry, he says, is that a no-deal would be likely to lead to tariffs on Northern Irish farming produce being exported to the Republic and the rest of the EU.

It is a similar story with milk heading across the Border. He says there would be tariffs of 17p-19p per litre when currently farmers get about 27p per litre. “Again that would be totally impossible; it would wreck an industry.”

Ferguson too is baffled by the view from those Westminster MPs who are gung-ho for no-deal. “The people who are saying that they aren’t farmers,” he says pithily.

Farmers, he adds, can live with the backstop because it beats no-deal by a country mile. It’s a message that Ferguson and his organisation have been hammering home in recent weeks, no later than Thursday, when the Ulster Farmers’ Union the Livestock and Meat Commission and the Meat Exporters’ Association warned no-deal would have “disastrous consequences” for the North’s farmers.

They too had a pithy line for the no-dealers: “This is not project fear. This is project fact.”