NI politicians who served in Iraq: ‘It was our Vietnam War’ 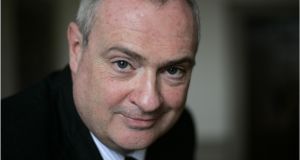 Steve Aiken, now an Ulster Unionist MLA for South Antrim, was a commander in the British Royal Navy and was involved in the planning for the invasion of Iraq. Photographer: Dara Mac Dónaill/The Irish Times

Two Northern Ireland politicians who served at senior level in the Iraq war have spoken of their continuing profound feelings of dismay that Britain became embroiled with the United States in the conflict.

Doug Beattie, a former captain in the British army, said Iraq was “our Vietnam War” while Steve Aiken, a British Royal Navy commander said that notwithstanding the Chilcot findings he feared the British government would continue to follow the “US perspective of using military power as the first rather than the last lever to advance change”.

“Although not as bad as the Vietnam War the war in Iraq was in effect our Vietnam War because some soldiers I know don’t tell people they served in Iraq - they are afraid they will be looked on as lesser men for doing so,” he said.

Mr Beattie, who won a military cross during the war in Afghanistan and also served in places such as Kosovo and Germany, said that going to war in Iraq was a betrayal of him and soldiers like him.

Mr Beattie, who is now an Ulster Unionist Party Assembly member for Upper Bann, said before the invasion of Iraq in 2003 he absolutely believed the information given to soldiers that Saddam Hussein had weapons of mass destruction and would also use chemical weapons.

“In all of our training leading up to the invasion we focused heavily on chemical warfare and dealing with weapons of mass destruction. From the soldiers’ point of view going into battle was a noble endeavour, they were doing something for good. It is difficult to lay blame on the soldiers,” he said.

“But he wasn’t the only one - MI5, MI6, the Foreign Office, the Home Office all had input into that. Military generals allowed themselves to be sucked into it. Between the military generals and the politicians they allowed British soldiers to be sent to war ill-prepared, ill-equipped, without a plan to deal with the war or even the aftermath. I think this was a huge failing on all accounts.”

Mr Beattie said as a soldier he engaged in “many conflicts, but I never came back from one where I haven’t felt that what we did was right and just, except Iraq”.

Recalling battles in Iraq he said, “You watch your comrades being killed for something that you now realise should never have happened, that didn’t have to happen.”

And he pointed to the global implications of Iraq: “The Iraqi war was the recruiting sergeant for Isis, for jihadis, for anybody who hates the West. We set the conditions and we are dealing with the aftermath now.”

Steve Aiken, now an Ulster Unionist MLA for South Antrim, was a commander in the British Royal Navy was embedded with the US forces on board USS Abraham Lincoln and involved in the planning for the invasion of Iraq.

“At the time I had no doubt at all that Saddam had weapons of mass destruction. I just questioned was it worth thrashing an entire country to get rid of one individual,” he said.

These were questions he asked of himself rather than of his superiors as “in the military you do as you are ordered”.

“The thing that concerned me more than anything else as one of the lead planners was that we always knew it would be very easy to defeat the Iraqi armed forces but there was never any plan for what was going to happen afterwards.”

A military historian out of King’s College in London and Cambridge he “always presumed there would be some post-war MacArthuresque campaign for dealing with Iraq and bringing in normal governance” as happened with General Douglas McArthur in Japan after World War II.

“It became very obvious very quickly that there wasn’t,” he said.

“It was an ill-conceived campaign based on the faulty premise that by toppling Saddam Hussein there would have been a ‘democratic’ revolution across the Middle East,” said Mr Aiken who was awarded an OBE for his services in the Middle East. He served in the British Navy for 32 years and subsequently was chief executive of the British-Irish Chamber of Commerce.

“It was particularly disappointing that Tony Blair, Jack Straw and the rest of the ‘sofa cabinet,’ having taken the courageous and justified decision to support the US in operations in Afghanistan directly against Al Qaeda, became embroiled in Bush and Cheney’s neo-con conflict in Iraq,” he added.

“What is equally unforgivable, having decided to become embroiled in a ‘conflict of choice,’ they deliberately under resourced our armed forces and led to the ridiculous and unfortunately tragic situation of our brave servicemen and women being placed in harm’s way without access to some of the most basic equipment to defend themselves or complete the mission.”

Mr Aiken said it seemed to him that the “UK continues to follow the US perspective of using military power as the first rather than the last lever to advance change”.

“The British people and in particular the British armed forces, deserve better,” he said.