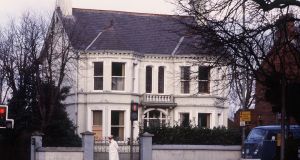 Calls have been made for an investigation into a report that a Belfast doctor was allowed to continue working with children at a Belfast hospital despite being convicted of child sexual abuse in two countries.

The study published yesterday by academic Dr Niall Meehan highlights what he describes as a “catalogue of bewildering failures” that allowed Dr Morris Fraser to remain on the medical register despite convictions for child abuse in London in 1972 and in New York in 1974.

Dr Meehan, of the faculty of journalism and media at Griffith College Dublin, reported how Fraser was finally jailed for a year in 1992 for possession of pornographic photographs of children, some of which he (Fraser) had taken.

He said Fraser “voluntarily” ceased to be a doctor in December 1995.

Dr Meehan also described how Fraser, now understood to be in his 70s, was a high-profile and frequently quoted senior psychiatric registrar at the Royal Victoria Hospital child guidance clinic in Belfast.

In 1973, his Troubles-related book, Children in Conflict, was published; it was subsequently republished in 1974 and 1979.

Dr Meehan said that London’s Metropolitan Police and the RUC did not tell the Royal Victoria Hospital that Fraser had been convicted of child abuse.*

Dr Meehan, whose full report is on Spinwatch.org, queried why a freedom of information request last year about Fraser was turned down for reasons of British national security.

He believed this raised questions about whether Fraser was working for the RUC or the British intelligence services during the Troubles and whether they protected him, notwithstanding his abuse convictions.

Dr Meehan said the Goddard inquiry, which is investigating child abuse in Britain, must examine the case of Fraser.

He said Fraser also played a part in selecting and allocating children to be sent to the Kincora Boys Home where several children were sexually abused between the late 1950s and 1980s.

Former Kincora inmate Richard Kerr, who now lives in Dallas, Texas, has already stated publicly that he was abused by Fraser.

“I was 13. Morris Fraser abused me, in his office, two or three times on those visits. I will never forget that face. That black hair. I have never forgotten it. He was in contact with children’s homes all over Belfast,” Mr Kerr told his solicitors.

Kevin R Winters & Co, which represents a number of clients who allegedly suffered abuse in Kincora including Mr Kerr, said it intended to take legal action against the General Medical Council (GMC), the Northern Secretary, the ministry of defence and the PSNI.

The PSNI in a statement said: “We are unable to comment on any named individual and no inference should be drawn from this.”

The GMC said yesterday that it had written to the Goddard inquiry and to the Historical Abuse Inquiry, to let them know that if they held any relevant material, it would offer “every assistance”. Niall Dickson, the chief executive of the council, said that 40 years ago, the GMC was a very different organisation.

“It is inconceivable that today we would conclude such a case with no action: first, we would immediately seek suspension pending further investigation and then if the allegations were proved we would demand that the doctor be struck off,” he said.

“Our view is that anyone who abuses children is simply not fit to be a doctor.”

Neil Anderson, director of services for the National Society for the Prevention of Cruelty to Children (NSPCC) in Northern Ireland, called for a thorough investigation into the case.

It was “inexcusable” that Fraser was allowed to continue in practise after his convictions in the early 1970s, he said.

“This case shows once again that it is absolutely vital that information about individuals who pose a risk to children is shared,” Mr Anderson said.

Patrick Corrigan of Amnesty Northern Ireland again called for “allegations of involvement by UK security services in child abuse at Kincora Boys Home in Northern Ireland to be investigated” by the Goddard inquiry.

“It’s too late to save the children abused by Fraser. It’s not too late for the truth to come out,” he said.