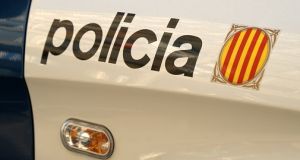 A Co Cork teenager has died in Spain while on his first holiday abroad with family and friends.

Greg Long(19) from Rylane was with his mother Trish and other friends on holiday on the Costa del Sol to celebrate a 40th birthday when the accident happened.

It is understood that Mr Long died after falling into a swimming pool at hotel complex on Torremolinos just hours after he and the group had arrived on holiday at the Spanish resort.

The Department of Foreign Affairs has confirmed that it is providing consular assistance to Mr Long’s family as they await the release of his body following a post-mortem in a local hospital.

A post-mortem was due to take place at the Institute of Forensic Medicine in Malaga.

Emergency services were alerted around 7pm on Wednesday. A hotel worker is understood to have pulled the tourist out of the waterwith the help of a receptionist after diving in to rescue him. Paramedics tried to revive him when they reached the scene but could do nothing to save him.

Mr Long was a past pupil of Coachford Community College and had only completed his Leaving Certificate last year. He was very involved with Aghabullogue GAA club in the mid-Cork parish.

“Everyone here is in state of shock -he really was a lovely young fellow, very involved in GAA and soccer - he was a fine footballer and was on a Cork development squad at one point,” said one local.

“It’s going to hit Rylane hard because it’s a very close knit community and Gre was very popular, he a genuinely nice young fellow, it’s very sad and everyone here is still numb at the news.”