WHO document to warn bacon, ham and sausages are as big a threat as cigarettes 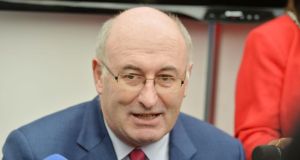 A World Health Organisation report on cancer risks from processed meats is likely to have an immediate impact on eating habits, European Commissioner for Agriculture Phil Hogan has said.

Mr Hogan said he understood the report, published today, was likely to include a warning that bacon, ham and sausages are as big a cancer threat as cigarettes while fresh red meat is also expected to be regarded as bad for health.

“I haven’t seen the report yet but that’s a matter for the Commissioner for Food Health and Safety, so it’s not my direct responsibility. But you can see consumer food sentiment is very fickle and any report like that, inevitably in the short term at least, is going to have an impact.

“That’s why we have to ensure the European Commission services can give clarification or rebuttal to those scares as quickly as possible.”

Mr Hogan said with the talks due to start in Paris on November 30th, it was far too early to speculate what might be agreed there. Irish farmers had already shown a willingness to adapt and develop more sustainable models of food production.

Asked if Ireland should seek a special exemption because of the grass-based nature of Irish dairy and beef production resulting in high methane emissions from cattle, Mr Hogan said he believed it was too early to think in such terms given the global nature of the talks.