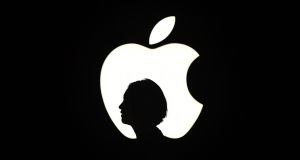 The Revenue Commissioners will be required to raise a tax assessment on Apple in the coming months when the EU rules that the technology giant’s tax arrangements in Ireland were illegal under state aid rules, as is expected in the coming days.

The Apple tax bill – expected to amount to hundreds of millions of euro – is not likely to be transferred to the State immediately, however.

Instead, it may be held in an escrow account pending appeals of the EU’s decision by Apple and the Irish Government. Ministers will continue to insist Ireland did not offer Apple a special deal.

Even if the appeals are ultimately lost and the cash reverts to the Irish State, it will not be used for budget spending or investment, according to sources who have been briefed on the issue.

“At no point will we have extra billions to spend on schools and hospitals,” one Minister said.

The European Commission is expected to make public in the coming days – perhaps as early as tomorrow or Wednesday – a ruling that Apple’s tax arrangements in Ireland constituted illegal state aid.

Officials and Ministers in Dublin are preparing for the EU’s decision and Government Buildings circulated a memo to Ministers over the weekend stressing that Ireland would contest the expected findings. Apple is also certain to appeal the European Commission’s ruling.

According to persons familiar with the briefing, the commission is expected to require the Revenue Commissioners to pursue Apple for back taxes, and is also likely to estimate a figure for the tax bill, though the exact amount will be a matter for the Irish authorities to be calculated using a formula suggested by the commission.

When the initial negative finding was made, investment bank JP Morgan warned that – in a worse-case scenario for Apple – the bill could amount to some €19 billion.

All the indications, however, are that the final figure will be significantly lower. One Minister speculated that the bill would not be much more than €100 million.

The ruling has been expected for months but, at a meeting in July, the European commissioner for competition Margrethe Vestager, from Denmark, told Minister for Finance Michael Noonan that she expected to formally deliver the finding in September or October.

Sources say, however, that the decision is “ready to go” and Ministers are expecting the decision to be announced in the coming days, or next week at the latest.

It will come almost two years after the initial preliminary finding that illegal state aid was given to Apple by the Irish Government.

The commission investigation relates to two rulings given to Apple in 1991 and 2007.

1 Coronavirus: 396 more cases as public is urged to help protect ‘older and vulnerable’
2 The Sack of Balbriggan: The burning of a town that shocked the world 100 years ago
3 Coronavirus: Germany and Iceland look set to be taken off ‘green list’
4 The FinCEN files: The billion dollar a month money trail
5 Martin ‘seriously concerned’ at Covid complacency amid pressure over church events
Real news has value SUBSCRIBE