Disease is most common form of dementia globally and affects up to 40,000 in Ireland 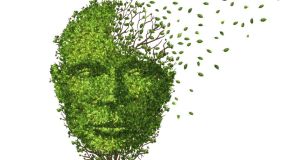 Alzheimer’s is the fourth leading cause of death in individuals over 65. Photograph: Getty Images

Scientists at Trinity College Dublin say a discovery they have made on the cause of Alzheimer’s disease could hold “tremendous potential” for new therapies.

Alzheimer’s is the most common form of dementia globally and affects up to 40,000 people in Ireland. It is the fourth leading cause of death in individuals over 65 and it is the only cause of death among the top 10 that cannot be prevented, cured or slowed.

Alzheimer’s disease is characterised, in part, by the build-up of a small protein in the brains of patients. Failure to clear this protein “appears to be a major factor” in the build-up of plaques, and then in the disease process itself, according to the research.

While the mode by which the protein is cleared “remains unclear”, it is “evident” that it needs to be removed from the brain via the bloodstream.

“Unlike blood vessels anywhere else in the body, those in the brain have properties that strictly regulate what gets in and out of the delicate tissue – this is what is known as the blood-brain barrier,” according to the research.

The scientists believe “periodic clearance” of the protein across the blood brain barrier could lead to new treatments.

“The next steps are to consider how this might be achieved,” they said.

The research, published in international journal Science Advances, was supported by Science Foundation Ireland and the US-based charity, Brightfocus Foundation.