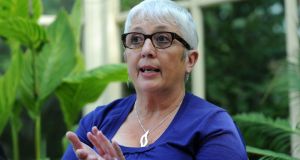 The new chief executive of the group of public hospitals in Dublin and the midlands will be paid nearly €220,000 a year, it has emerged.

The HSE said the former head of the national cancer control programme, Dr Susan O’Reilly, will continue to receive her existing terms and conditions when she takes over her new role as chief executive of the Dublin-Midlands Hospital Group.

The Dublin-Midlands Hospital Group is one of the largest in the State and includes St James’s and Tallaght hospitals and St Luke’s radiation oncology network.

On Wednesday, HSE director general Tony O’Brien paid tribute to Dr O’Reilly for her work as head of the cancer control programme.

Meanwhile, the Government has increased the official salary rate for the position of chief executive of hospital groups.

Last November the Government said that the pay for chief executives of hospital groups would be set at €136,282, with no additional payments permitted.

The HSE said yesterday that the new chief executives appointed this week – with the exception of Dr O’Reilly – would receive a salary of €142,000.

The outgoing chief executive of the hospital group in the West and North West, Bill Maher, who is moving to the hospital group in Dublin North East, is expected to continue to receive his existing salary of about €152,000 (HSE national director level II) until the end of the year when his current contract expires.