Minister for Health to bring Children’s Hospital plan to Cabinet 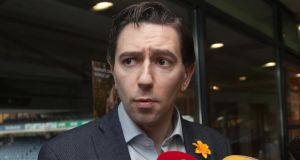 Minister for Health Simon Harris has said he intends to bring a memorandum to Cabinet in the coming weeks on the construction of the new National Children’s Hospital on the campus of St James’s Hospital in Dublin.

Addressing the Joint Oireachtas Committee on Health on Wednesday, Mr Harris said he wanted to see construction work on the hospital start this year.

He also criticised figures published in the media on the projected cost of the hospital, saying they were “not comparing apples with apples”.

Mr Harris said that when he received the figures for the costs of the hospital he would carry out his own due diligence.

The Irish Times reported earlier this month that the contract to build the long-awaited hospital has been awarded to BAM Ireland.

BAM Ireland, one of Ireland’s largest building contractors, has been selected as the preferred bidder to build the hospital for a price understood to be close to €1 billion. This does not include the cost of IT or equipment for the hospital, which is likely to exceed €100 million in each instance.

The project will involve a 473-bed hospital, a 53-bed family accommodation unit, a research and innovation centre and two satellite hospitals.

Mr Harris told the committee the costs put forward in the preferred tenders had been incorporated into the definitive business case, which had been submitted to the Health Service Executive for final review after which it would be considered by his department.

“Following this, I intend to bring a memorandum to government in the coming weeks,” the Minister said.

Enabling works (site clearance and demolition), which began in summer 2016 on the campus of St James’s, were “advancing well and will be substantially completed within a matter of weeks”, he added.

He said he had letters from many clinicians around the country who supported the co-location of the hospital with St James’s.

The site was chosen as the preferred site by the last government in 2012 and planning permission was granted last April.

An alliance of child-patient groups and retired paediatricians have campaigned against the St James’s location, saying the hospital should be located on a greenfield site near the M50.

In a quarterly update on developments in the health service, Mr Harris and director general of the Health Service Executive Tony O’Brien also addressed the committee on progress on waiting lists and on a plan to provide additional capacity for scoliosis procedures for children.

The waiting lists for such procedures was the subject of recent controversy following the broadcast of an RTÉ investigation into the length of time children were left waiting for operations to repair severe curvatures of their spines.