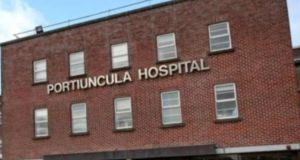 Portiuncula Hospital: the apparent deficiencies relate to the interpretation of tracing of the foetal heartbeat, the administration of drugs to accelerate labour and instrumental delivery. Photograph: Joe O’Shaughnessy

Minister for Health Leo Varadkar has defended standards at the maternity unit of Portiuncula Hospital in Ballinasloe, where an investigation has identified deficiencies in the care of seven babies.

Two of the babies died shortly after birth while five suffered oxygen deprivation during delivery.

Mr Varadkar said the standard of care at Portiuncula was “on a par” with any other maternity hospital in the State. Remedial action had been taken after the deficiencies were identified last year and there had been no adverse incidents since.

He said shutting down smaller maternity units in the State was not the solution to the problems raised in controversies over recent years. While there were issues in relation to the volume of deliveries in some smaller units, closing them would only resulting in larger maternity units being overwhelmed.

The way to improving maternity services was to develop them within emerging hospital groups, so expertise could be shared, Mr Varadkar said, speaking on RTÉ Radio.

The deficiencies identified in the Portiuncula review relate to the interpretation of CTG tracings, the administration of drugs to accelerate labour and instrumental delivery.

The Saolta Hospital Group, which includes Portiuncula, says it is contacting the seven families affected and appointments are being made for consultations with medical staff and support services.

“In light of the initial internal review the families are being advised that their babies’ cases will be part of an in-depth review that has been initiated by Portiuncula Hospital Ballinasloe-Saolta University Health Care Group. ”

The review will be completed within three months by an independent expert team and will include a patient representative. According to the statement, the affected families will be consulted on the terms of reference and the review team will engage with the families as part of the process.

The review was triggered when a spike in the number of newborns referred to Dublin for head cooling was detected. Head cooling is a new technique credited with reducing the risk of brain injury by 50 per cent. The number referred from Portiuncula last year was over three times the level of a comparable hospital.

The Saolta Group says it has escalated the issues raised to the HSE at national level in accordance with the requirements for serious patient safety events.

It says “enhanced” care processes and monitoring of women in labour in the maternity unit have been in place since the cases under review arose between February and November last year.

The issue has not resulted in any staff members being moved from their roles or suspended since it emerged in December.

Corrective measures to address the issues raised were put in place last month and since then repeated re-audits have shown these were fully implemented.

Maternity staff have been provided with extra training and additional senior supervision is being provided to both medical and midwifery staff.

The group says it is satisfied there is no continuing patient safety concern at Portiuncula. “There have been no negative perinatal outcomes at Portiuncula Hospital Ballinasloe since the enhanced monitoring measures were put in place.”

Portiuncula Hospital Ballinasloe-Saolta University Health Care Group regrets any distress this process may cause to the families involved and to other service users and in particular wishes to sympathise with the families of the two babies who died.

The closure of the maternity unit in Ballinasloe was one option proposed in a controversial consultant report last year. A review of maternity services in a number of smaller hospitals across the State is underway since controversy last year over the deaths of a number of babies at Midland Regional Hospital in Portlaoise.